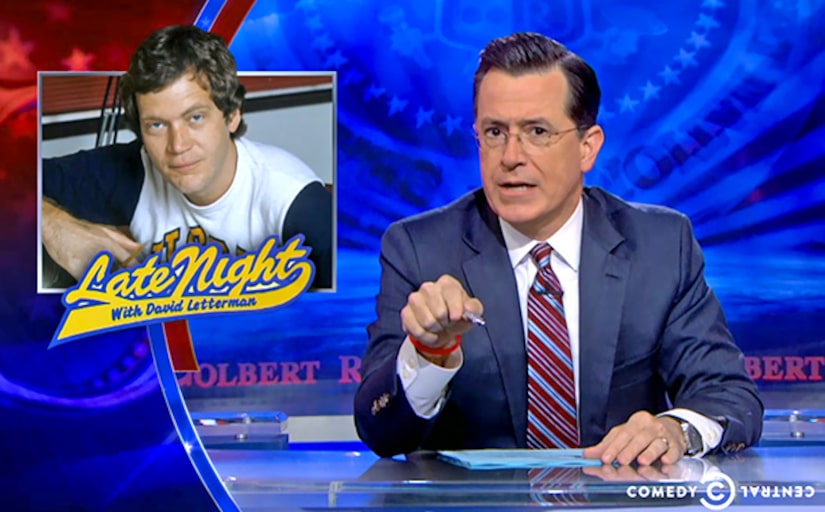 Never missing a beat, Stephen Colbert joked on Thursday's “The Colbert Report” about news he is replacing David Letterman.

As his Comedy Central persona, the political funnyman began his show on Thursday paying tribute to Dave.

He said, “One thing, before we get started. There was some big news last week that slipped through my news crack. It concerned someone I've admired for years, and yet, surprisingly, is not me.”

Colbert continued, “Dave has been on the air my entire adult life. 'Late Night' debuted my first night in college. I learned more from watching Dave than I did from going to my classes, especially the ones I did not go to because I had stayed up till 1:30 watching Dave. This man has influenced every host who came after him, and even a few who came before him. He's that good.”

Then, Colbert admitted, “And I've gotta tell you, I do not envy whoever they try to put in that chair.”

Even though the audience laughed and chanted his name, Colbert did not break character. “Those are some huge shoes to fill,” he added. “And some really big pants.”

The news that Colbert will take over “The Late Show” came a week after Letterman announced his retirement.