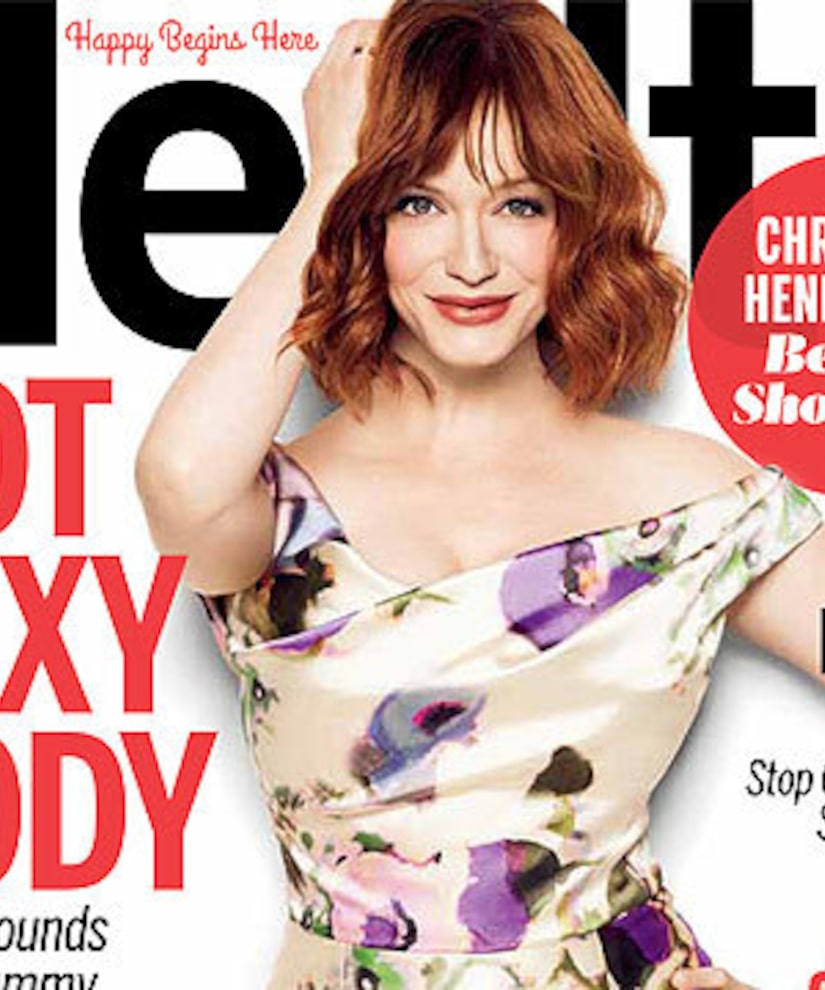 The lovely Christina Hendricks graces the May cover of Health magazine, dishing about on her character Joan’s evolution on “Mad Men,” and what her husband really thinks of her sexy image.

Hendricks explained how Joan never sacrifices her femininity while still being one of the guys. “Joan knows her audience, and early on in her life, she realized that she could use her feminine power. She has a sense of humor. It’s like, ‘Wink, wink. I got your number, but I’m not playing your game.’”

The actress also likes how Joan “leans in” when it comes to supporting other women. “The whole relationship with Peggy has been head-butting, but I think it’s because they communicate in different ways. Joan is incredibly blunt, and it can come off as cruel, but I think she’s always trying to help.”

As for what husband Geoffrey Arend thinks of her sexpot image, Christina laughed, “Ha! Whenever we see something about it, he always says, ‘I told you from the beginning. I’m the one who called it first.’ So he just wants a little credit. Really, he’s sweet and he’s happy for me.”

Read more of the interview at Health.com, and check out the behind-the-scene footage of her photo shoot!