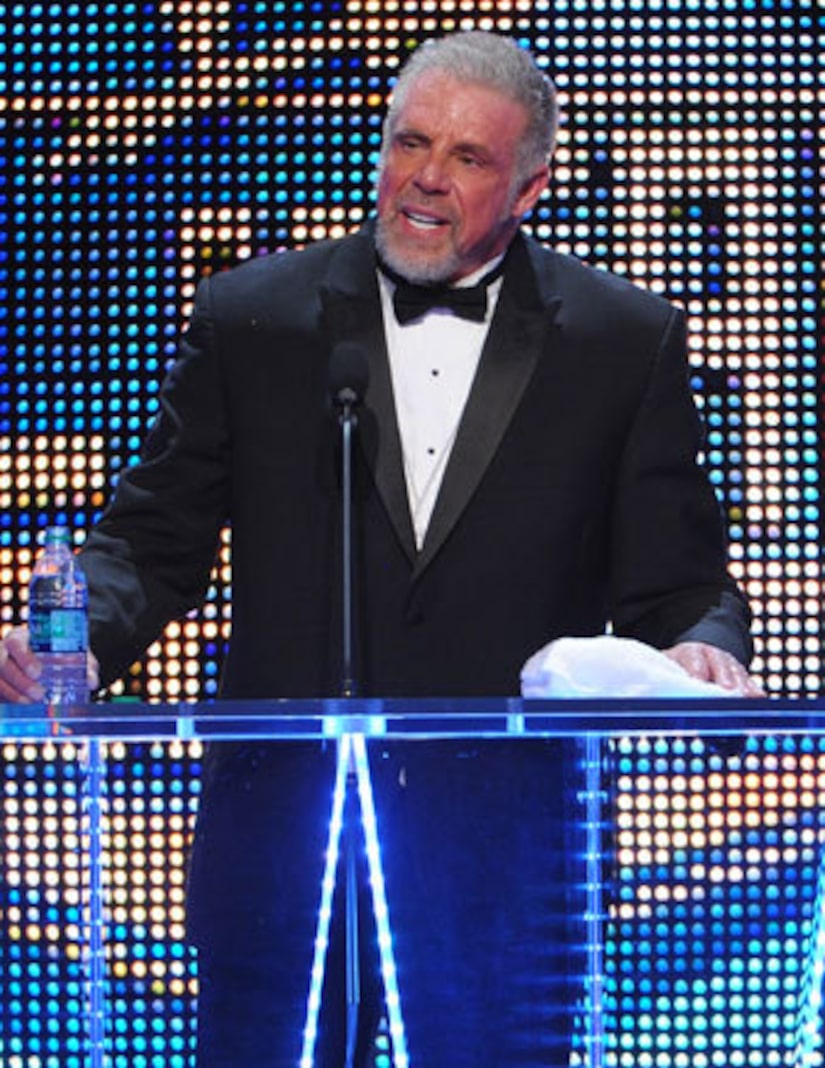 Sad news in the WWE world this week... wrestler James Brian Hellwig aka The Ultimate Warrior died on Tuesday. He was 54.

Just three days after being inducted into the WWE Hall of Fame, the 1980s star collapsed outside an Arizona hotel while walking to his car with his wife. He was pronounced dead at the hospital.

After a 17-year estrangement from the WWF and WWE companies, Warrior was being ushered back in with open arms. The night before he died, he appeared on “Monday Night Raw” for the first time since 1996, and gave an eerie speech about his legacy.

He told “Raw's” New Orleans crowd, “Every man's heart one day beats its final beat. His lungs breathe their final breath. And if what that man did in his life makes the blood pulse through the body of others and makes them believe deeper in something that's larger than life, then his essence, his spirit, will be immortalized by the storytellers — by the loyalty, by the memory of those who honor him, and make the running the man did live forever."

During his heyday, The Ultimate Warrior was known for his metal band mane, legendary masks and rabid speeches. His popularity was considered on par with Hulk Hogan and “Macho Man” Randy Savage. Check out the video below to see him in his prime.

Hogan was among the WWE stars to react on Twitter. He wrote, “RIP WARRIOR. only love. HH.”

Chris Jericho added, “Devastated to hear of the passing of @UltimateWarrior. He was a childhood hero of mine & he vs @HulkHogan WM6 is still one of the best ever.”

Kevin Nash also responded, saying, “So happy I embraced Warrior with a hug when we saw each other backstage Saturday night.My heart goes out to his family.Always Believe.”

"Extra's" Maria Menounos said, "Rip #warrior sat behind his weeping mom &kids at #WWEHOF &they were so proud.in last moment,even tho he felt wronged.stayed classy.#Respect"