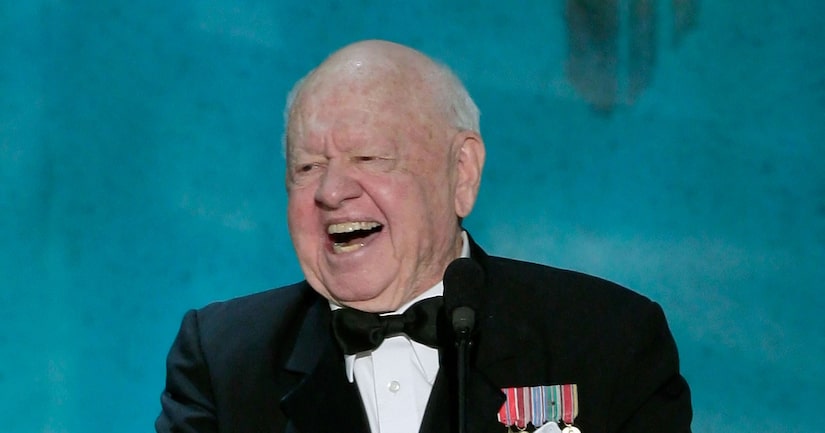 Actor Mickey Rooney, who spent nearly his entire life in show biz, died Sunday. He was 93.

According to TMZ, the "Andy Hardy" star died of natural causes.

Rooney was the first teenager to be nominated for an Oscar for his leading role in "Strike Up the Band" in 1940. He later received two special Oscars.

Born to a vaudeville family, he was best known for his roles in the "Andy Hardy" films, "National Velvet" with Elizabeth Taylor, "Breakfast at Tiffany's" with Audrey Hepburn and "Babes in Arms" with Judy Garland.

He enjoyed a late career resurgence with the Broadway hit "Sugar Babies," in which he co-starred with fellow MGM golden-ager Ann Miller. He most recently appeared in "The Muppets" movie in 2011 with Amy Adams and "Night at the Museum" in 2006 with Ben Stiller.

The star made news a few years ago, testifying before Congress on elder abuse, claiming he was a victim.

Rooney was married eight times, most notably to glamour queen Ava Gardner, and has nine children.

At the time of his death, he was one of about five known survivors who had worked in silent films.