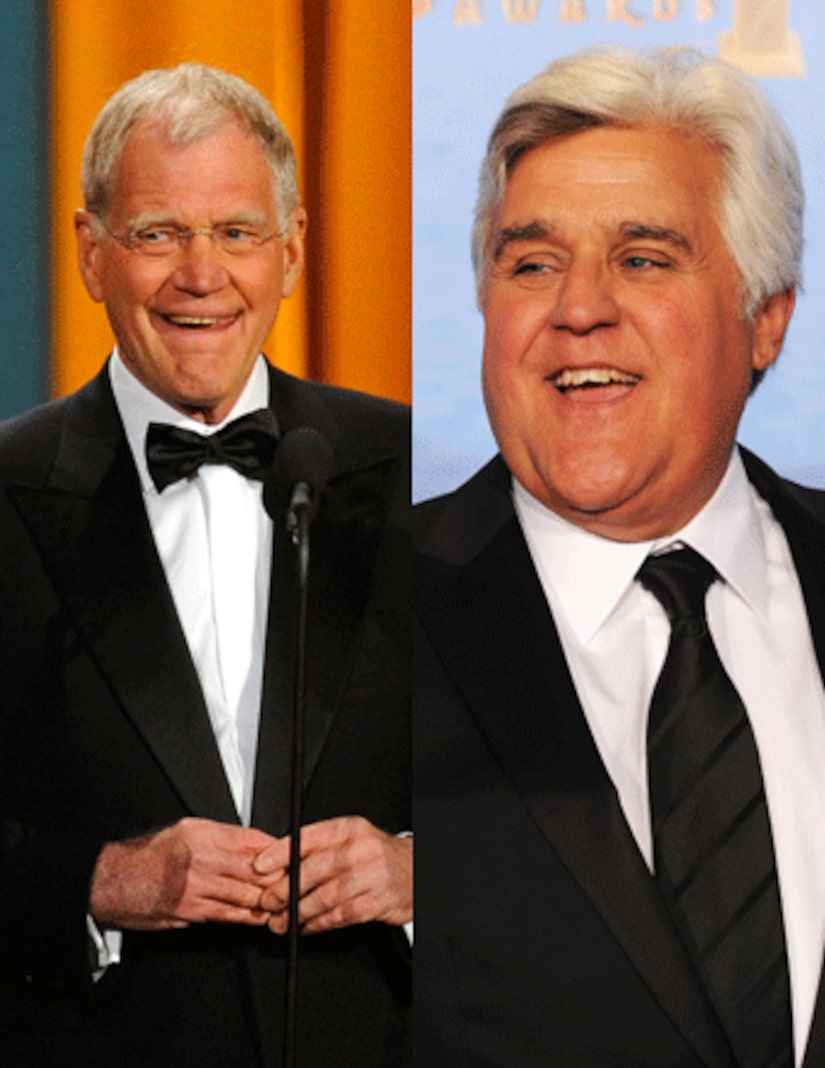 “Extra” caught up with Jay Leno after his comedy show in New Jersey. Jay, who left “The Tonight Show” in February, commented for the first time on news that David Letterman will retire in 2015.

When asked about his former fellow late-night host, Jay laughed and said, “Oh well you know, he and I gonna do 'The Sunshine Boys' on Broadway, so we’re very excited about that.”

As for who Jay thinks should replace Dave, he says, “I don’t know, a lot of good people out there… there’s nothing to fill in.”