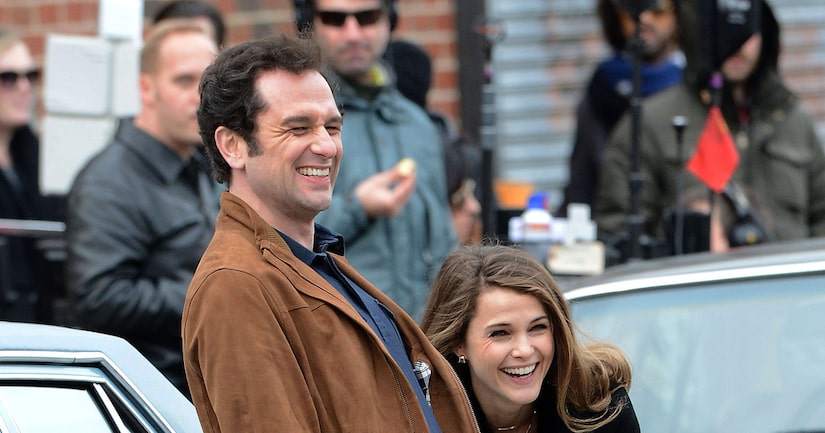 It looks like life is imitating Russian art. “The Americans” co-stars Keri Russell and Matthew Rhys, who play undercover Russian spies pretending to be a married American couple, are dating in real life.

People.com reports that Russell, 38, and Rhys, 39, are indeed a couple.

The two were spotted getting cozy last week while attending a play in NYC. Russell was seen playing with Rhys' hair as they enjoyed the show.

Rhys responded to the romance rumors last month, telling People, "That's the best [rumor] I love." He said even his mother asks him about it. "I tell her, 'You have to take off your Google alerts.'”

Russell announced last December that she and husband Shane Deary were separating. They share a son, River, 6, and a daughter Willa, 2.