Rachel Frederickson, the “Biggest Loser” winner who stirred up controversy for being too skinny, has gained 20 pounds since the show. She told Us Weekly she believes she is now at the “perfect weight.”

Super quick trip home to MN last weekend. Was able to spend some great time with my mom, brothers and the pups! pic.twitter.com/pJealr7Nip

Rachel said she has several ways to maintain what she believes is her “ideal weight.” 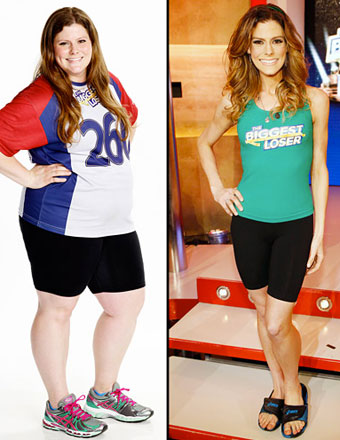 “We have monthly calls with the other contestants and the show psychologist,” she said. “And our nutritionist is available 24/7. I’ll call her from the farmers market and say, ‘What is this? How would I cook it?’”

She added, “I work out an hour, six days a week. I love classes like SoulCycle."

She even gives into junk food cravings once in awhile. “Sometimes I might eat an Oreo. It’s not the end of the world.”