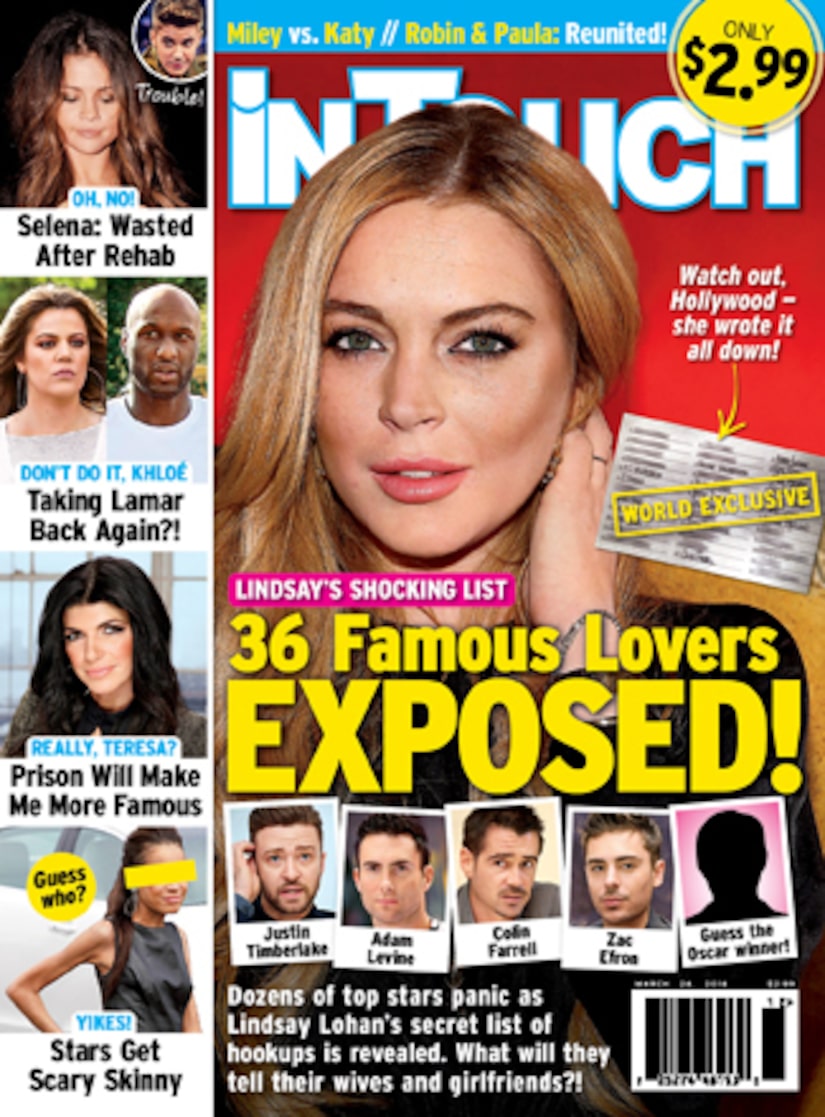 It seems Lindsay Lohan likes to kiss and tell! In Touch has obtained a handwritten list of the star's A-list lovers.

While Lohan's rep told Gossip Cop that the list is inaccurate, In Touch says LiLo jotted down the names while hanging with friends at the Beverly Hills Hotel.

A source told the mag, “They were giggling and talking s**t about people in the industry… It was her personal conquest list. She was trying to impress her friends with the list and then tossed it aside.” 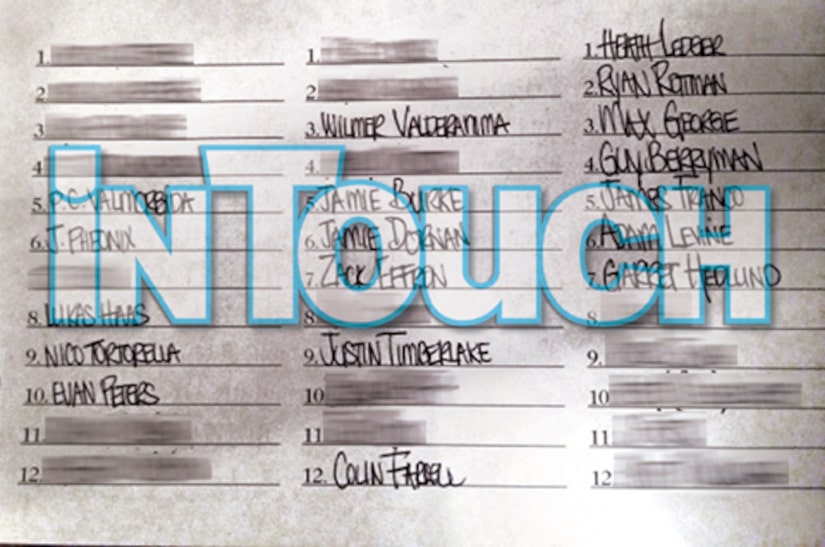 The insider also revealed that Lindsay would have to stop and think “as if she had to remind herself of who they were.”

The sourced added, “The list has some pretty big names on it, and they're not all single guys. This getting out now could rock several Hollywood relationships to the core.”