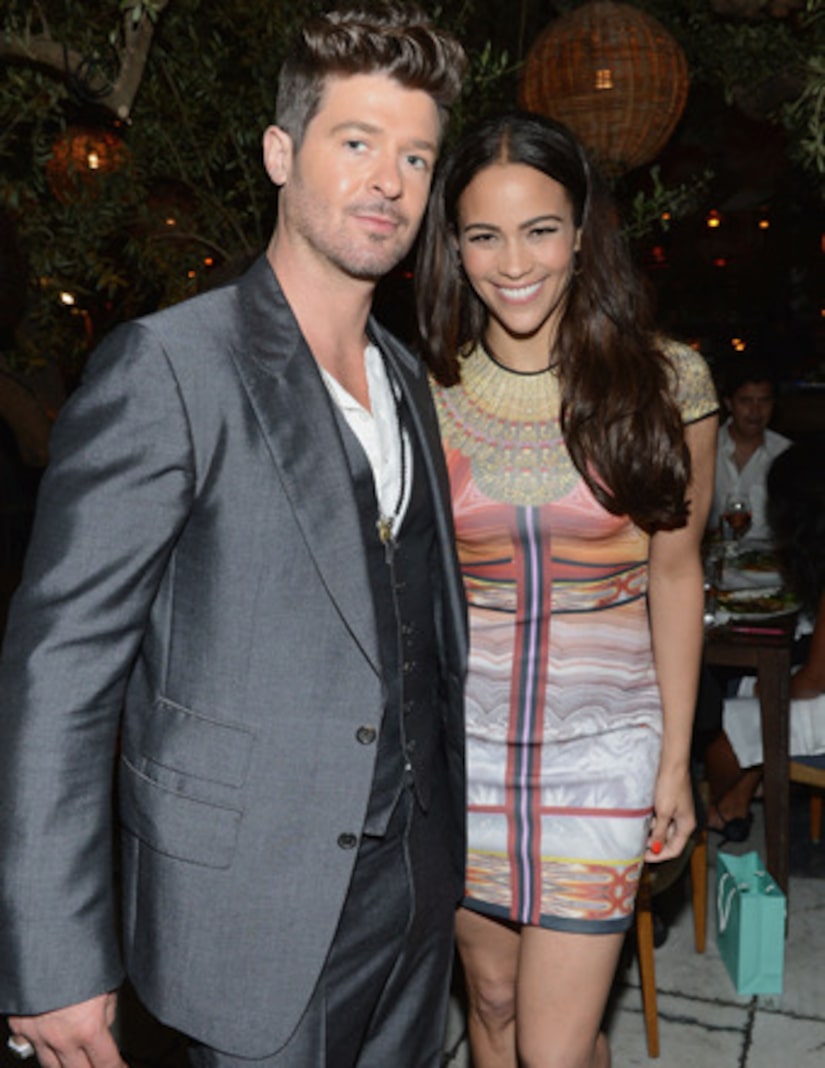 Singer Robin Thicke has been campaigning to win back wife Paula Patton, and his efforts might actually be working.

Paula dumped Robin last month, but sources say she might be having a change of heart. TMZ reports that the two have been talking on the phone regularly and that the actress is softening.

Apparently, the “About Last Night” actress is impressed with Robin's commitment to being a good dad to son Julian, but could do without his public pronouncements of love while he's on tour.

According to People.com, the singer was on stage in Atlantic City last Sunday when in the middle of the show a fan yelled, "I love Paula!" Thicke responded, "I do, too," and then performed a rendition of the Al Green song "Let's Stay Together."

Thicke previously told the concert audience in Washington D.C., “I'm trying to get my girl back," before singing "Lost Without U," his 2007 hit single inspired by Patton.