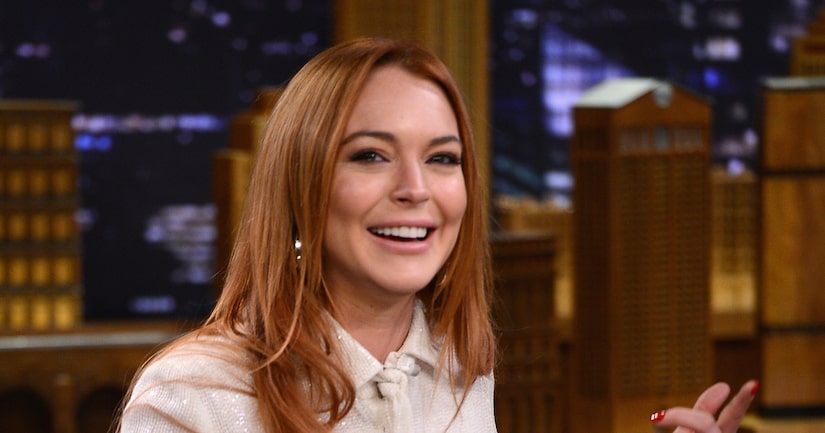 “Extra’s” AJ Calloway caught up with Lindsay Lohan right after her appearance on “The Tonight Show” with Jimmy Fallon, where Lindsay talked about her special bond with Oprah Winfrey.

Lohan’s docu-series “Lindsay” premieres on OWN this Sunday, and the actress explained why she decided to approach Oprah about doing it. “I did it because it’s not a reality show, it’s pretty raw. Obviously it’s TV, so things will be edited in certain ways to get ratings, which I can’t control, but I do know that my intentions going into it were really pure and really honest. I appreciate all that’s happened and all that [Oprah has] done for me.”

Lohan continued, “I love that I can call Oprah on the phone, and be like, ‘Oprah, can we talk right now?’ and she calls me within two minutes. I have to trick her into leaving voicemails, so I can just have Oprah’s voicemails… she’s the coolest person ever.”

Calloway shared a story with Lohan about telling Winfrey at the NYC premiere of “The Butler” the news that Lohan cancelled a trip to Europe. Calloway said, “You were supposed to go away and you didn’t go away… I’m the one who told Oprah,” adding, “She was so happy she called you right there on the red carpet.”

With tears in her eyes, Lindsay said to Calloway, “[Oprah] told me that. She’s amazing, she is… she’s been a blessing to me, she’s great and I couldn’t be happier or more grateful.”

On a lighter note, Lindsay had a lot of fun with Fallon. “Its just really good energy. We played a game called water wars. I didn’t realize how much water gets used in that game. I only got one hit once though, which was really good, but then you kind of just want to be soaked, so it was kind of a bummer that I didn’t get soaked.” 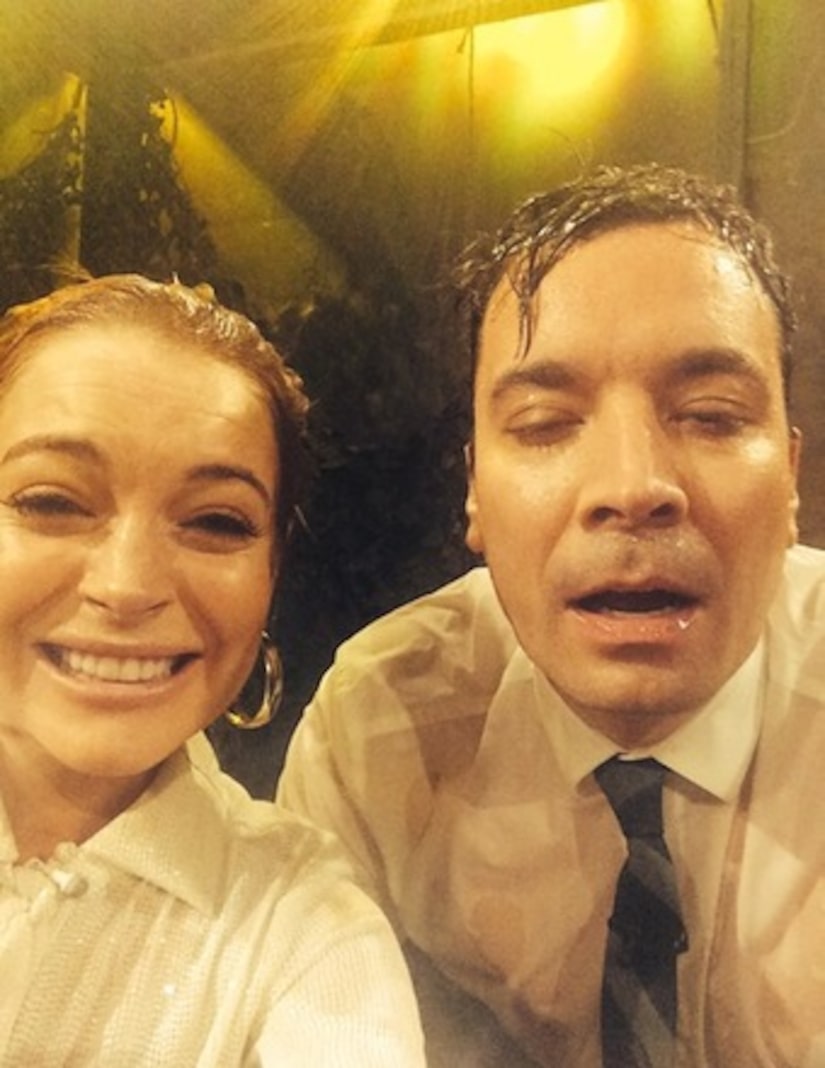 Fallon, however, did. Lindsay laughed, “I got him, I got him good. I didn't realize the gun was going to shoot so high. I hit him in the face.”

Lohan said overall she feels really good, and she just wants to keep working. “My grandmother’s dream is going to come true. I’m taking her on ‘The Chew,’ so things are looking up. Life is really good.”