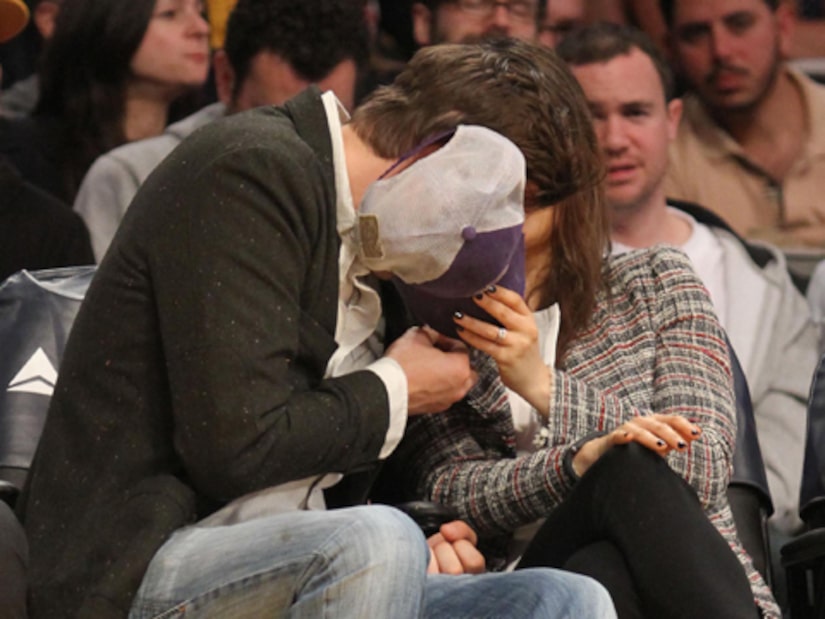 It's a “That '70s Show” reunion! Ashton Kutcher and Mila Kunis are getting back together onscreen.

CBS has announced that Mila will join Ashton on “Two and a Half Men” in a guest role as a new love interest. It's not quite Jackie and Kelso, but close enough!

Her character is described as a world traveler that Kutcher's Walden instantly connects with. He knows she's "the one," but he's already involved with someone else.

No word yet on when Mila's episodes will begin airing. This is the pair's first scripted onscreen reunion since the "That '70s Show" finale in 2006.

The newly engaged couple appear to be happier than ever these days. While attending a L.A. Lakers home game Tuesday night, they were spotted sharing romantic courtside kisses!