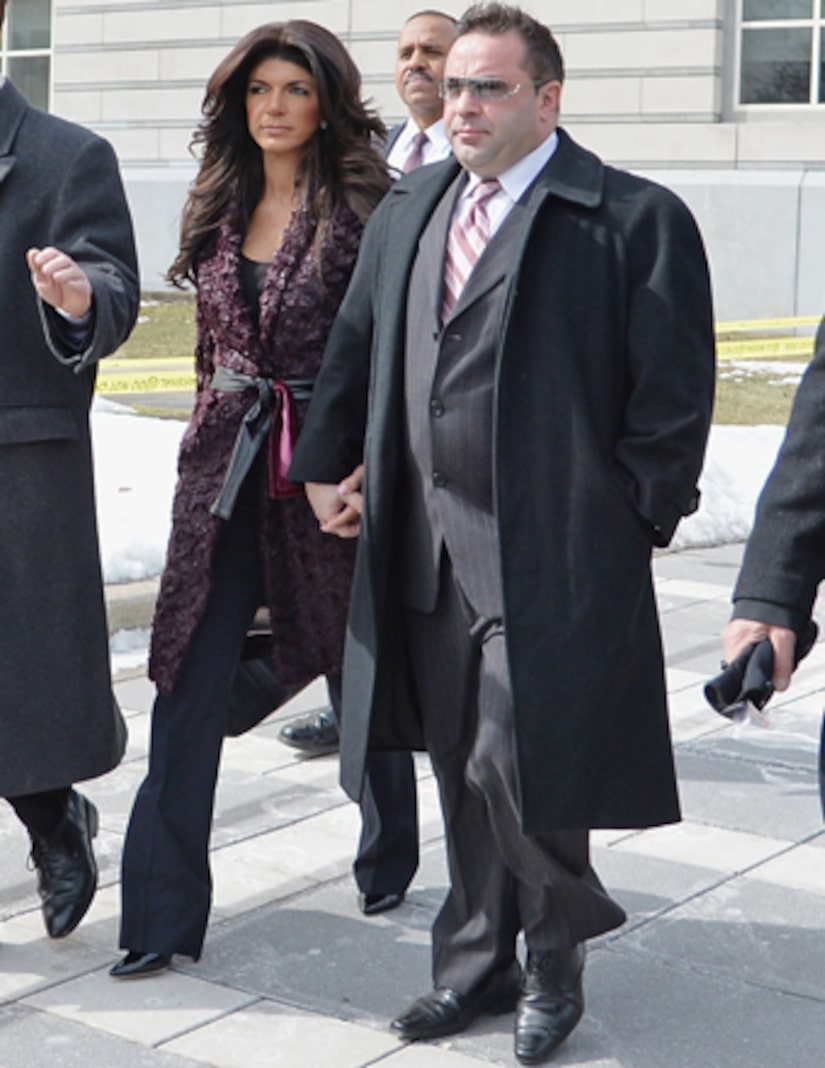 The "RHONJ" couple, who were spotted holding hands as they arrived to the U.S. District Court in Newark, copped to committing mail and wire fraud and three counts of bankruptcy fraud.

Guidice told “Extra" in a statement, "Today I took a responsibility for a series of mistakes I made several years ago.”

The pair reportedly changed their plea from not guilty to guilty as part of a plea deal, but they may still have to serve time.

Teresa is facing up to two years in federal prison, while Joe is expected to receive a sentence of at least three years, reports People.

The TV mom added, “I am heartbroken that this is affecting my family -- especially my four young daughters, who mean more to me than anything in the world.”