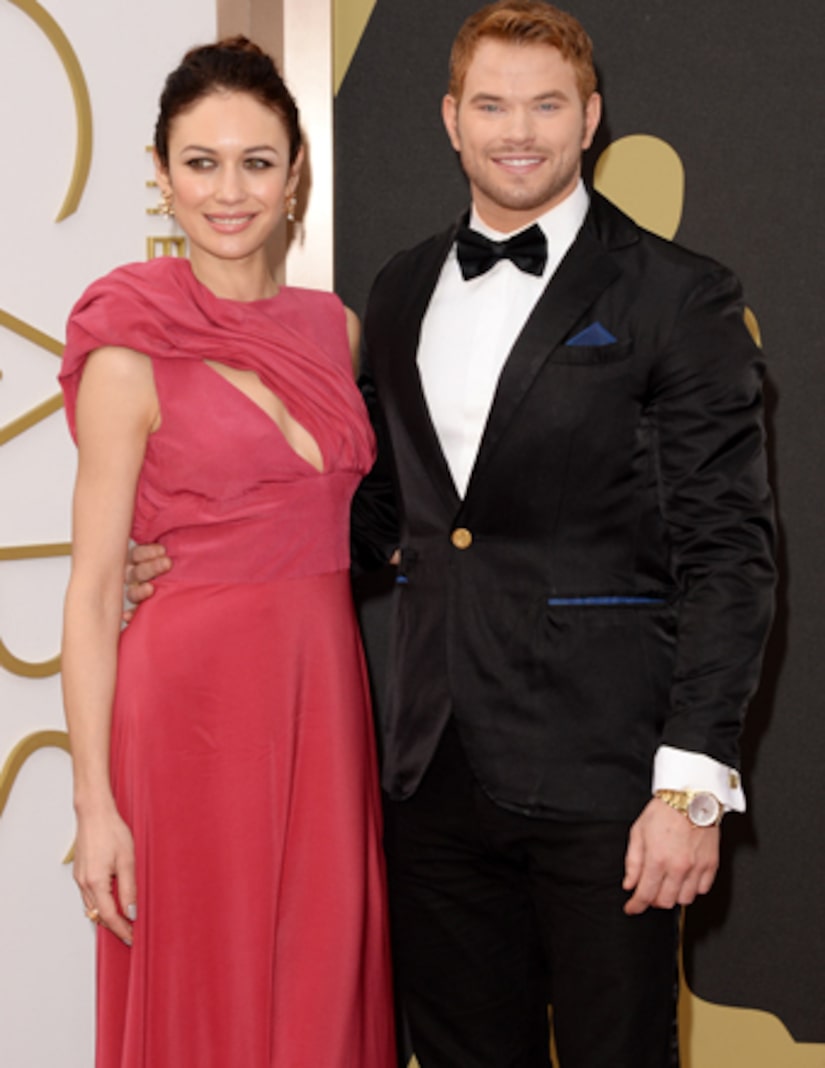 Is Kellan Lutz dating a Bond girl, or better yet, another onscreen vampire? It sure looks that way!

The “Twilight” alum hit the 2014 Oscars red carpet with Olga Kurylenko, who starred in “Quantum of Solace” with Daniel Craig, and was recently seen in the fantasy flick “Vampire Academy.”

Just a few weeks ago, Kellan hit back at rumors that he was dating Miley Cyrus, claiming the two are just friends.