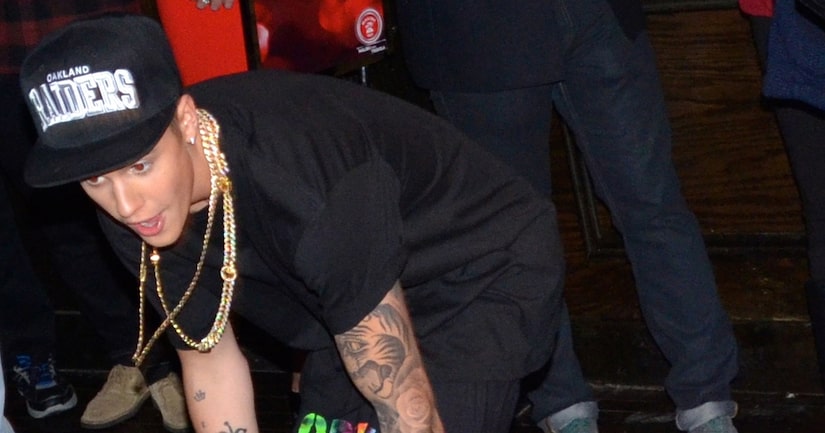 Pop star Justin Bieber doesn’t seem to be showing any signs of slowing down his partying ways.

Multiple sources told TMZ that since moving to Atlanta this month, Justin has been regularly smoking marijuana and drinking sizzurp, a codeine-laden cough syrup mixed with soda.

The sources said the “Believe” singer is "constantly high" and doesn’t leave the house, except to record in a studio.

TMZ also says the 19-year-old is more on his own in Atlanta, with no supervision or set schedule, and is pushing away the people who he thinks “ratted” him out about his drug use.

New video was released this week of a stumbling Bieber taking a sobriety test in the Miami Beach Police Station last month after being arrested for DUI.