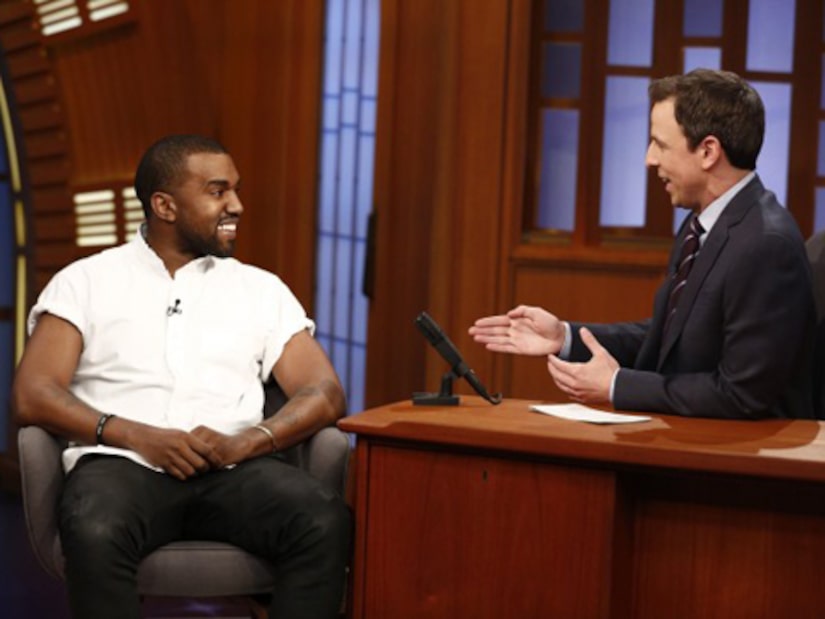 Nothing makes Kanye West smile like talking about his daughter North, as was the case on “Late Night with Seth Meyers” on Tuesday.

West was in good spirits as the newly-minted host asked if his daughter with Kim Kardashian inspires his work. Kanye gushed, “Yeah, totally. Everything, and my approach to life. It's changed it.”

Seth followed up, asking, “So very kid-friendly songs? Are you the new Wiggles?”

Not quite. "I think artistic, intellectual, kid-friendly songs,” West said, adding, "Meaning, like, you go to Europe there's nudity on TV."

Another treat -- besides Kanye's elusive smile -- was the rapper performing a greatest hits medley. Watch it here!