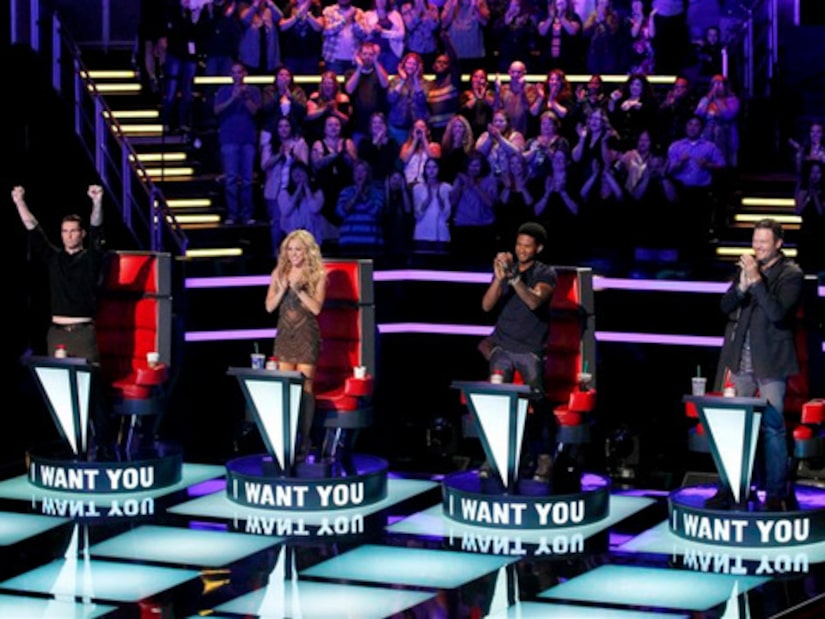 In case you missed Monday's “The Voice” Season 6 premiere, we've compiled the most memorable blind auditions of the night. Watch the videos!

Shakira fought hard for Gimmie, telling her that even though she was hormonal and sleep-deprived in Season 4, she was now focused as a laser, but in the end, the “Hips Don't Lie” singer lost out to Adam.

The next “Voice” hopeful to earn a four-chair turn was Biff Gore, a father of five (with another on the way) from Denver. Gore, a church worship leader, wowed with “A Change Is Gonna Come.”

Shakira asked if she could be Biff's date to the Grammys (he said no), while Blake told him, “You just took me to church.” At one point Usher even showed off his abs. In the end, Gore chose Usher.

Closing out the show was Bria Kelly, a 17-year-old powerhouse. Bria's rendition of “Steamroller Blues” during the blind audition got all four chairs to turn around, and earned a standing ovation from the mentors.

Usher even declared Kelly “the voice” by the end of the song!

Watch “The Voice” Mondays and Tuesdays on NBC.