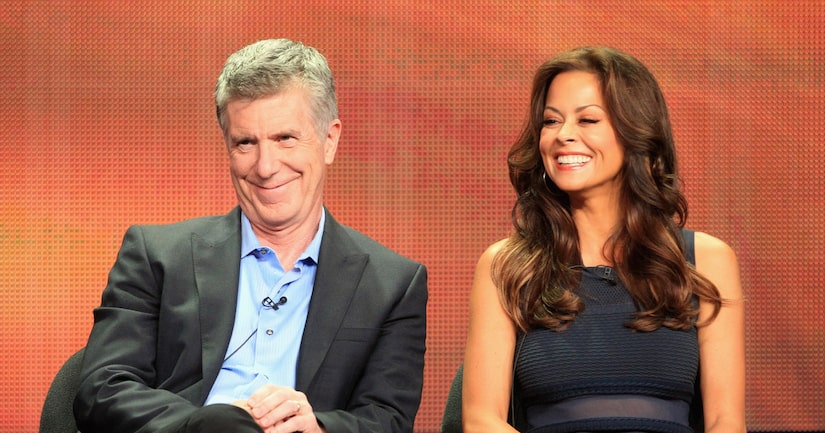 Brunette beauty Brooke Burke-Charvet has been eliminated from "Dancing with the Stars" after seven seasons co-hosting with Tom Bergeron.

weird day….Shocking pre-season elimination #DWTS…ME. @Tom_Bergeron didn't even read my name. I won't be returning to the show this season.

The season 7 winner of "DWTS," who replaced host Samantha Harris in season 10, told "Extra" more about her departure. "I have enjoyed seven seasons co-hosting DWTS but understand the need for change considering the position of the show at this juncture."

She continued, "I've always been one to embrace change and looking forward to pursuing opportunities I previously wasn't able to entertain because of contractual obligations to the show. I've seen my fair share of shocking eliminations in the ballroom but this one takes the cake."

No word yet on who will replace Brooke, but Tom is here to stay.

The cast of season 18 is set to be announced on "Good Morning America" on March 4, with a premiere date of March 17.