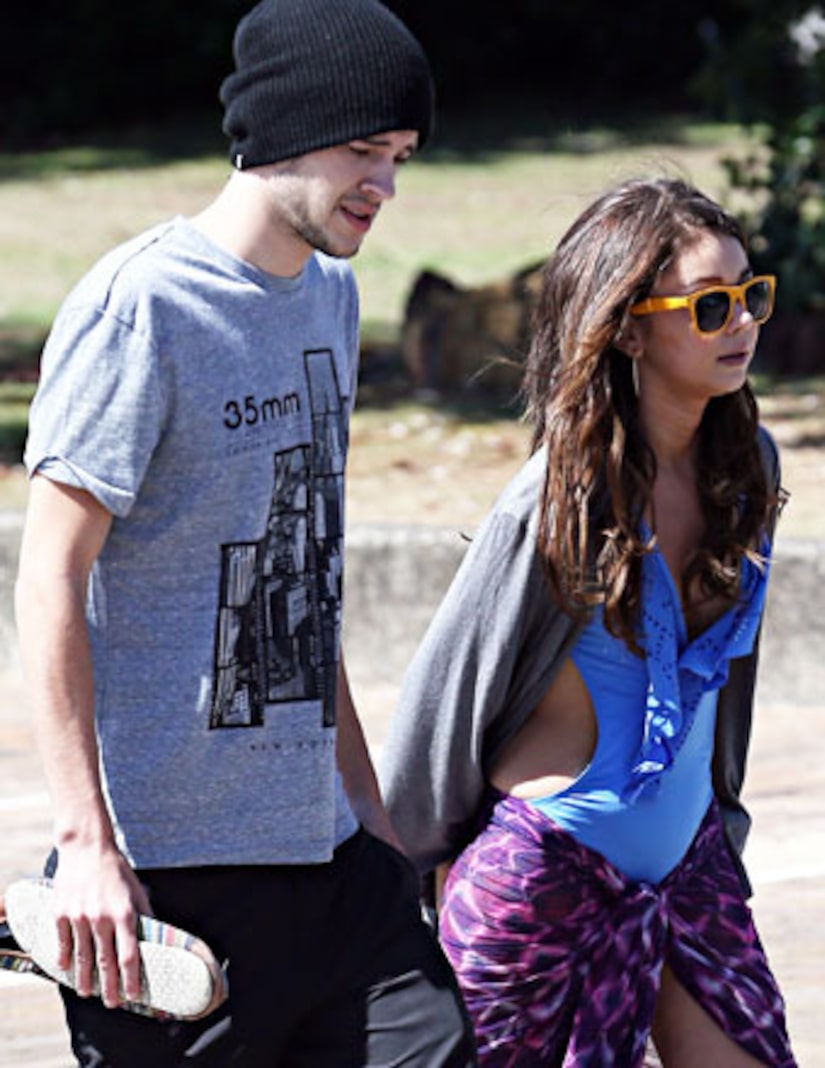 The man who allegedly groped Sarah Hyland outside a “Modern Family” party in Sydney on Tuesday has been arrested and charged with indecent assault.

Since then, new details have emerged about the “fan” and his encounters with other big stars.

According to reports, Nedal Lakmas, 29, grabbed Sarah's breast while asking for her photograph. She reportedly screamed, "Don't touch me there!," before security stepped in and passed the man over to the police. Hyland then headed for the exit, in tears and shock.

The Daily Mail reports that Lakmas is an autograph collector and has posed for pictures with famous women like Katy Perry, Kirsten Dunst and Lorde.

Hyland returned to work on Friday with her boyfriend Matt Prokop and bodyguards in tow.

The cast of “Modern Family” is currently filming in Australia. Sarah shared a photo from the trip on Instagram.