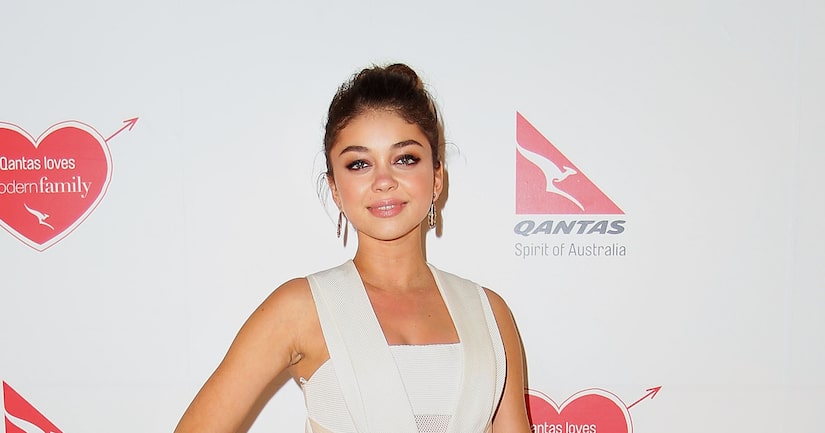 Actress Sarah Hyland was seen leaving a "Modern Family" party in tears on Tuesday night after she was allegedly assaulted by a fan, reports The Daily Mail.

The 23-year-old starlet was posing outside the Sebel Pier One in Sydney, Australia with fans when the incident occurred.

According to reports, a male fan grabbed Sarah's breast while asking for her photograph. She reportedly screamed, "Don't touch me there!," before security stepped in and passed the man over to the police. Hyland then headed for the exit, in tears and shock.

The "Vampire Academy" star later explained her abrupt exit to fans, tweeting, "Sorry to all the fans outside the #qantas event that I didn't get to say hi to but I had to leave due to an inappropriate touch of a fan."

North South Wales police recently confirmed a 29-year-old man was arrested in relation to the incident.