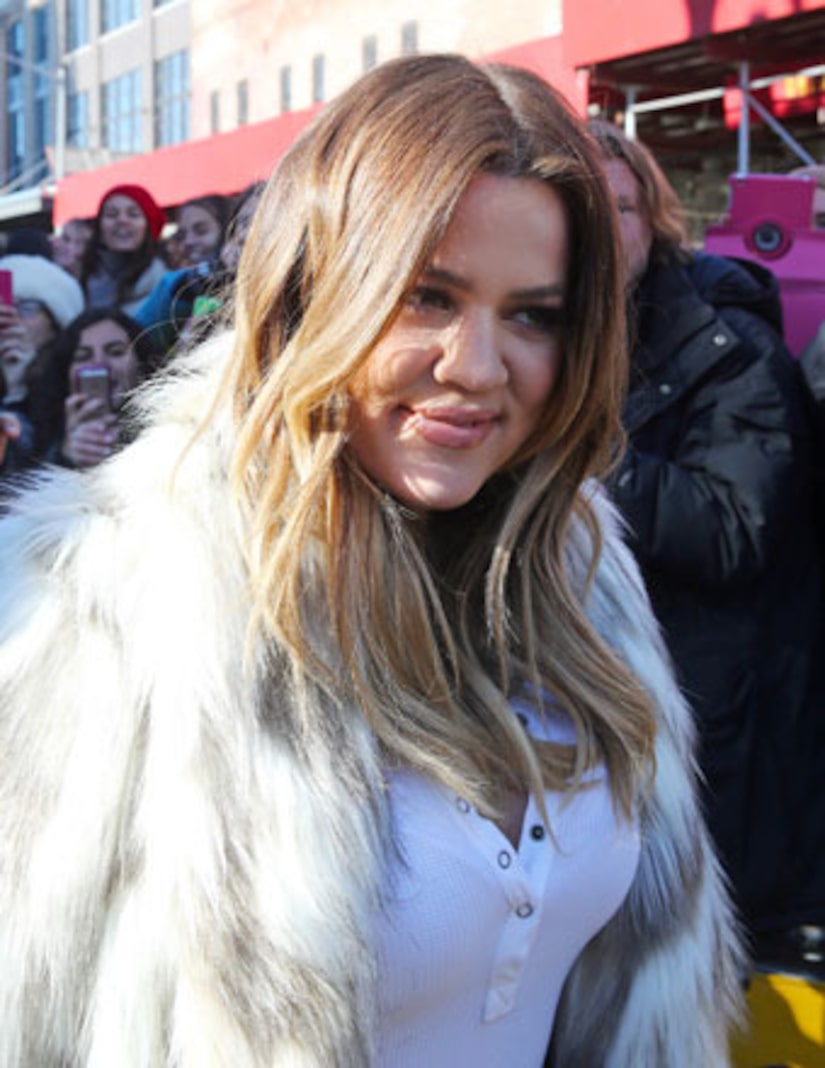 Khloé Kardashian knows how to get her message across… just look at her coat!

The reality star had tongues wagging when she and sister Kourtney stepped out in fake fur coats on Monday in NYC's meatpacking district. 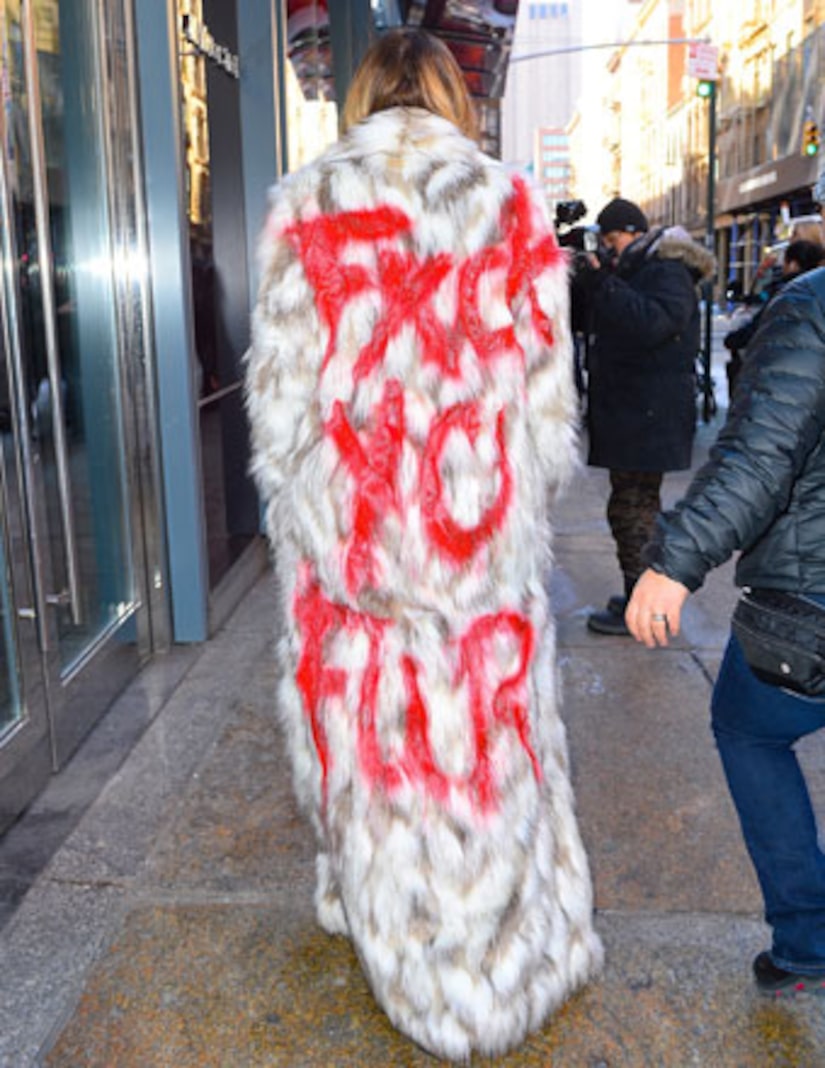 The longtime animal activist proudly wore the jacket, with the message, “Fxck Yo Fur,” spray-painted on the back.

She later posted a Keek video with the caption, "F*ck Yo Fur!!! Fake fur all day people!!" and tweeted, “I have my beliefs but I respect the choice of others. I don't bully people into sharing the same beliefs as me. #LoveIsCheaper lol.”

Khloé once posed naked for Peta, but cut ties after a woman reportedly affiliated with the group flour-bombed sister Kim on a red carpet.