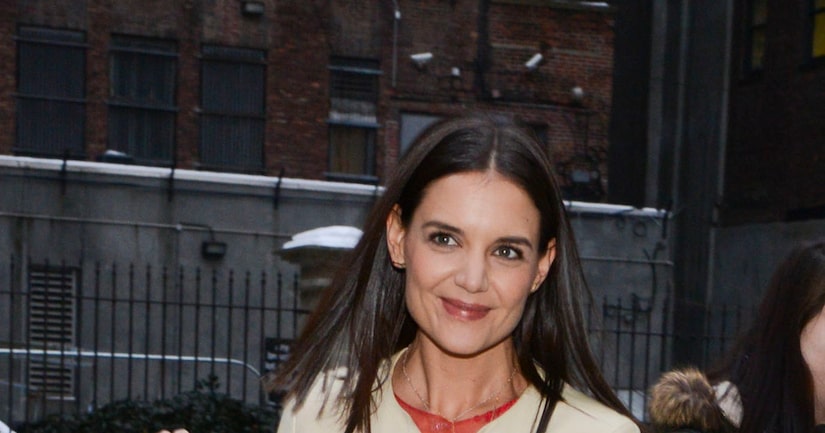 “Extra” special correspondent Hal Rubenstein sat down with Katie Holmes to talk about working with Taylor Swift on the upcoming film adaptation of “The Giver.”

Holmes recently tweeted a picture from the set. “[The film] is based on the Lois Lowery book. We shot that in the fall in South Africa. Jeff Bridges and Meryl Streep are the stars and also Taylor Swift.”

Katie said about Swift, “She is awesome… I love that girl. I just think she is so smart. She’s so young, really brilliant and works very, very hard.”

Holmes is also working very hard on her new partnership with Kohl’s, inviting shoppers to raise money for breast cancer research by purchasing the new Pink Elephant necklace. “It’s encouraging women to have those maybe uncomfortable conversations with each other and say, 'When was the last time you got checked and are you taking care of yourself?'"

The actress revealed how she takes care of herself. “I do yoga and cycling, running and lifting. I also just try to maintain a level of gratitude and happiness because I think that kind of just adds into overall health.”

Mom Katie also commented on the #ThrowbackThursday pic she posted last week of herself at age 7, which resembled her 7-year-old daughter, Suri. “We have some similar features… she’s got way better ones though.”