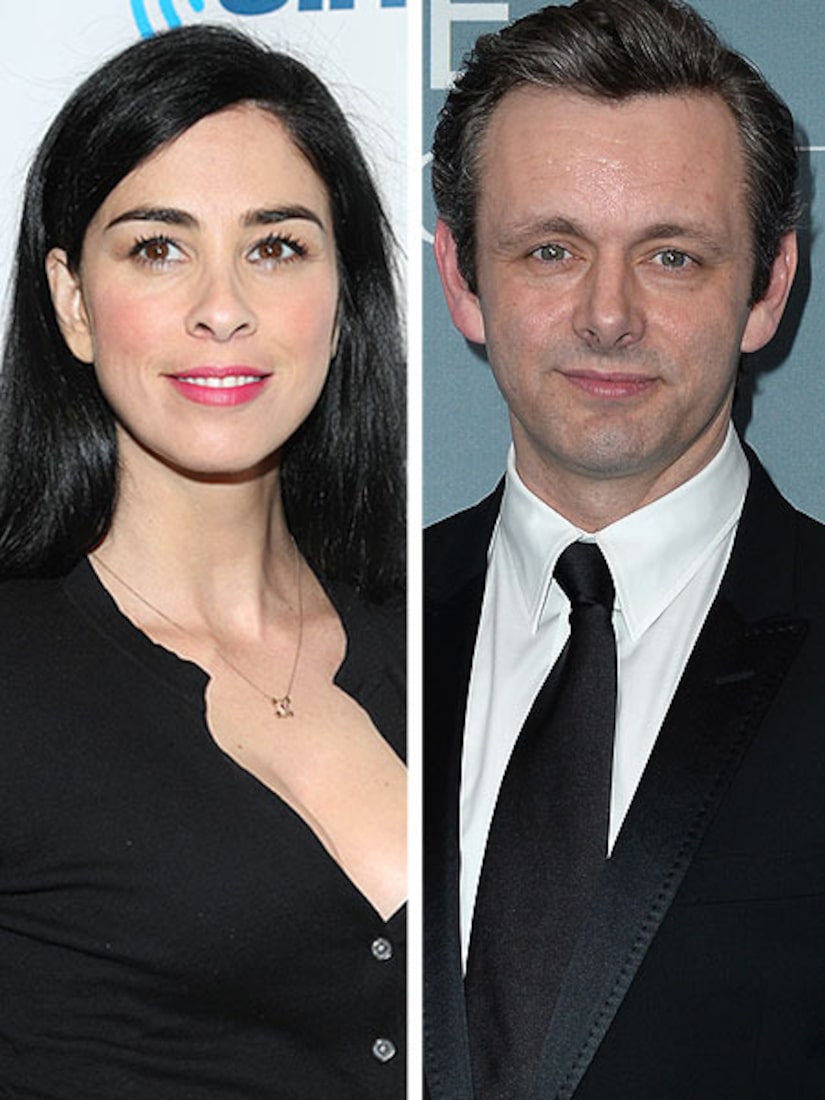 The two were recently spotted making out in West Hollywood at Sheen's 45th birthday party. An eyewitness told UsWeekly.com, "They were making out at Soho House. They were all over each other for a lot of the night."

"Sarah and Michael came and left together. She drove," another insider told Us. "When they left, Sarah opened her trunk so Michael could put all of his gifts in and then they drove away."

Sheen was previously married to Kate Beckinsale. The two divorced in 2003 and share a daughter, Lily, 14. Sheen also dated his “Midnight in Paris” co-star Rachel McAdams for two years.

Silverman dated fellow comic Jimmy Kimmel for five years before their split in 2009.