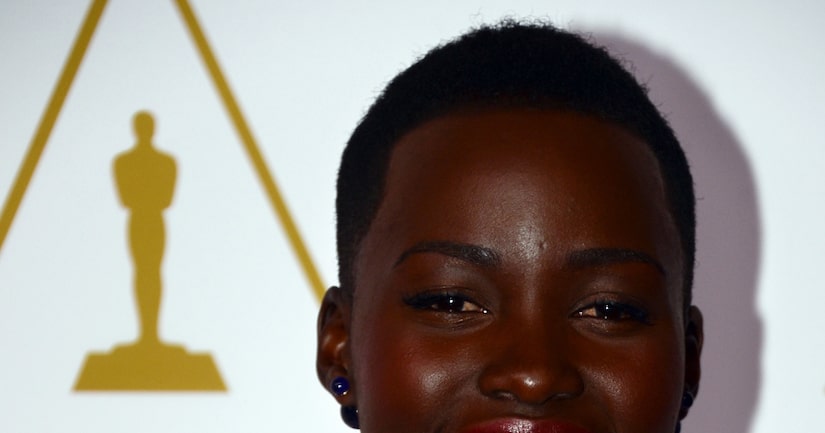 Nyong’o, nominated for Best Supporting Actress for her work in “12 Years a Slave,” has been making headlines for her stylish red carpet fashion. Has she picked out an Oscars dress? Lupita replied, “Nil by mouth” -- meaning she isn’t spilling the beans!

The actress did say that she had a lovely time sitting with fellow nominee Pharrell Williams, and shared a story with him about her brother. “My brother actually posted a video on Instagram on the day that I got the nomination of him dancing to the song ‘Happy,’ so I showed him the video… he was really touched and said I should tell my brother thank you.”

Williams is nominated for Best Original Song for "Happy" from "Despicable Me 2."

Check out Maria's interviews with the rest of the nominees at the luncheon!

The 2014 Academy Awards will be presented Sunday, March 2, on ABC!