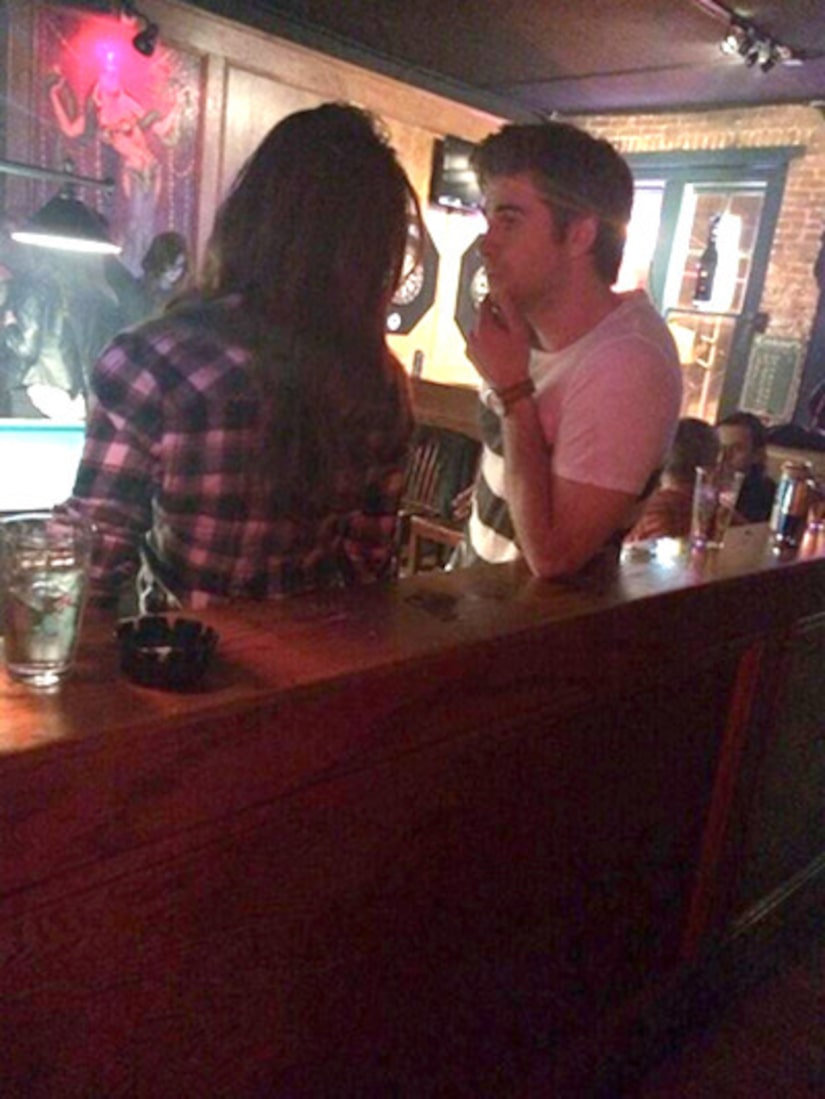 A fan tweeted a picture of the pair standing at the bar, while a handful of other Twitter users confirmed their identities. One fan tweeted, "Safe to say now that I kept my cool and partied with two movie stars last night. @LLiamHemsworth @ninadobrev."

Safe to say now that I kept my cool and partied with two movie stars last night. @LLiamHemsworth @ninadobrev

Just incase y'all were wondering what I was doing last night...I present to you, LIAM HEMSWORTH 😍😍😍 pic.twitter.com/1dZygaGFTX

Oh and Nina Dobrev was there too but.....who cares. She had holes in her jeans🙅 it's not the 8th grade, Nina.

A source told HollywoodLife.com, "Liam and Nina were with some other people at the bar. They were talking and having fun. Nina and Liam were playing pool at one point. It was a pretty busy night.”

Reports also indicated the stars were "definitely acting couply." An onlooker confirming to Celebuzz, "As she was leaving they gave each other a good night kiss. The kisses were on the lips publicly outside of the bar… and it was three sensual kisses on the lips.”