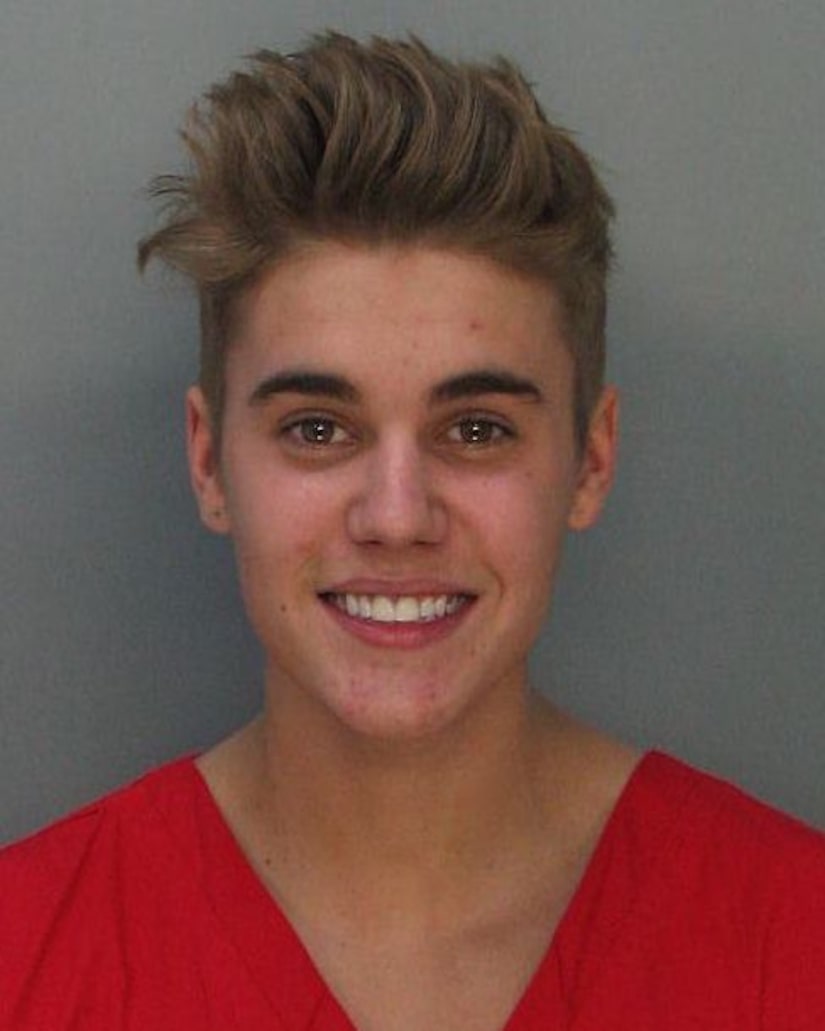 Pop singer Justin Bieber complied with the Miami PD, but it looks like he had an attitude about it.

Biebs was arrested January 23 for DUI, and in a newly released video inside the Miami jail, the 19-year-old appears rather peeved by his arrest and is seen confidently walking around before being frisked by police.

Bieber told police after the arrest that he had been smoking marijuana and had taken the prescription drug Xanax, claiming that his mother gave him the medication.

The young star is facing a DUI charge, resisting arrest without violence and driving without a valid license. He has pled not guilty.

In more of Bieber's legal woes, reports are saying he may also be charged with felony vandalism in Calabasas, CA after allegedly throwing eggs at his neighbor's property, causing $20,000 in damage.

TMZ reports the Los Angeles County Sheriff's Department has sent the case to the district attorney and strongly recommends prosecution on the felony charge.