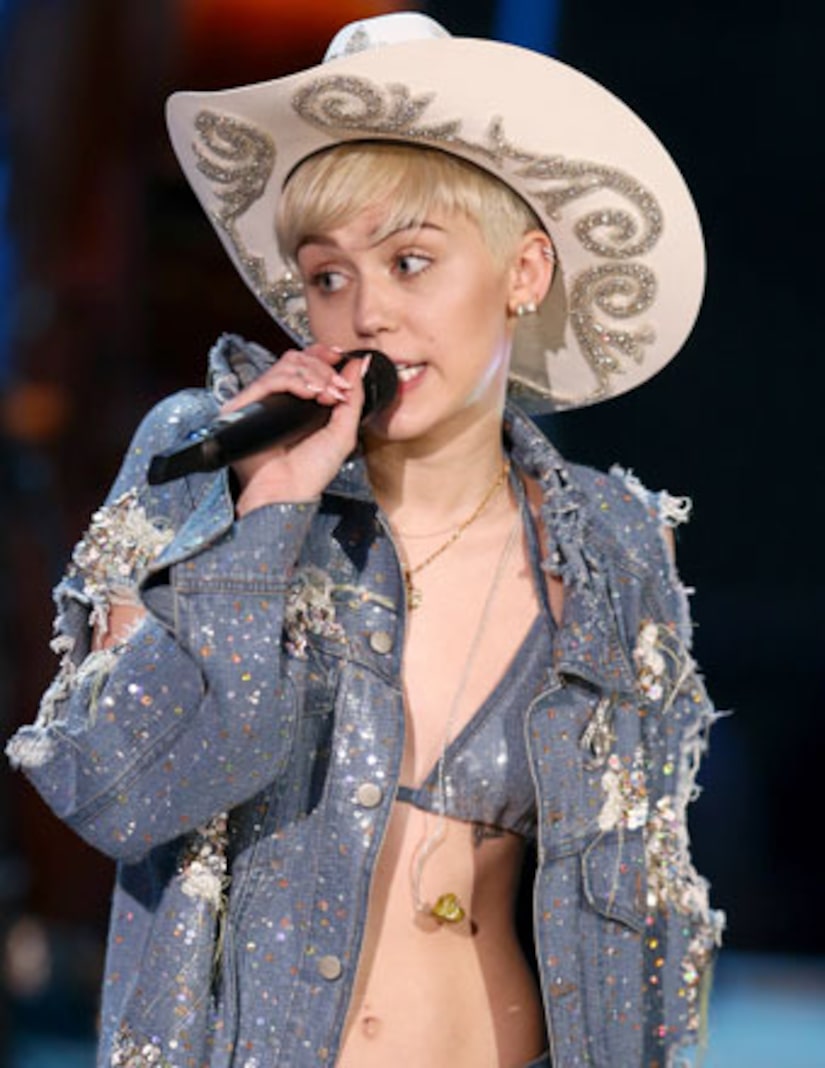 Miley Cyrus kept her $100,000 engagement ring from Liam Hemsworth after the couple split… but not for long.

When the UK's Love magazine asked about the whereabouts of the giant sparkler, the “Wrecking Ball” singer replied, “Don't know, think it's in the shower.”

Let's just hope it didn't go down the drain! 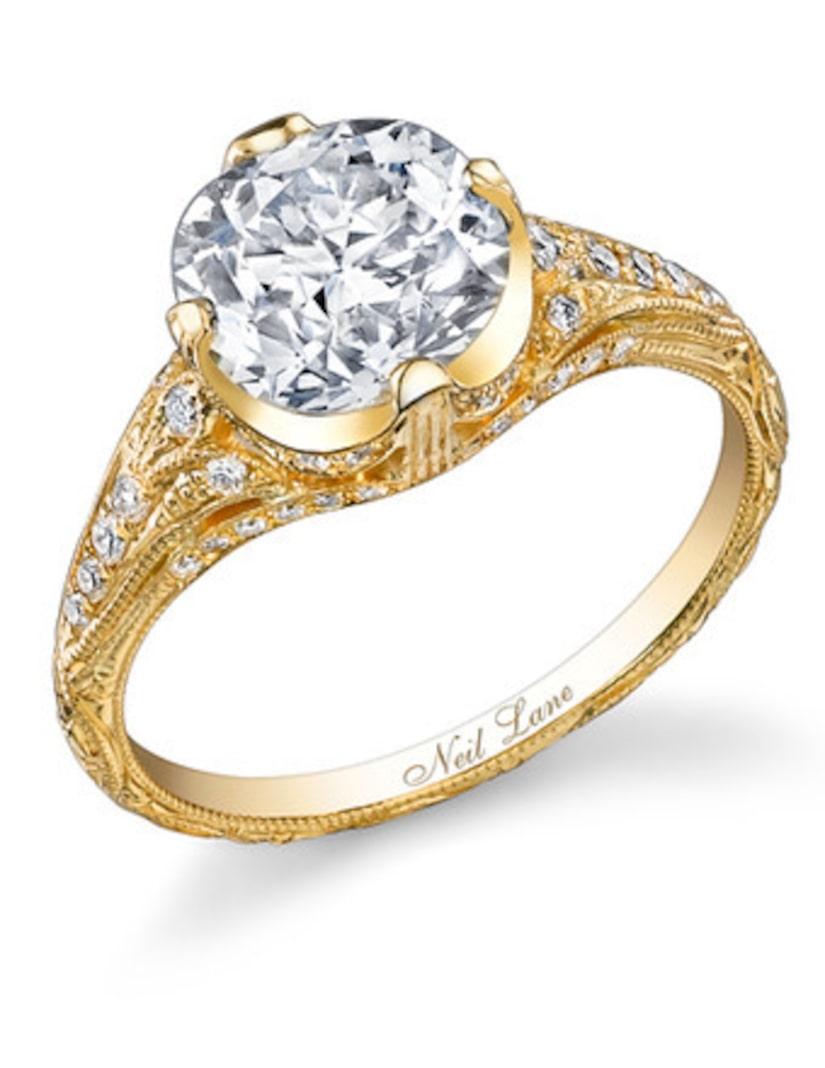 Fans might recall that Liam hired designer Neil Lane to create the 3.5-carat cushion-cut diamond ring. It was handcrafted in 18-karat gold with intricately carved diamond floral motifs in an Art Nouveau pattern. The center stone was also an antique dating to the late 19th century (ring pictured is a replica).

Miley assured the mag that she and Liam are still chummy, even after the breakup.

“We still talk and communicate,” she said. “I was with him since I was 16 and nothing's ever going to make that go away. I've known this guy all that time and if it doesn't work out I can still smile and love him and he can love me and that's great, that's the way to be.” 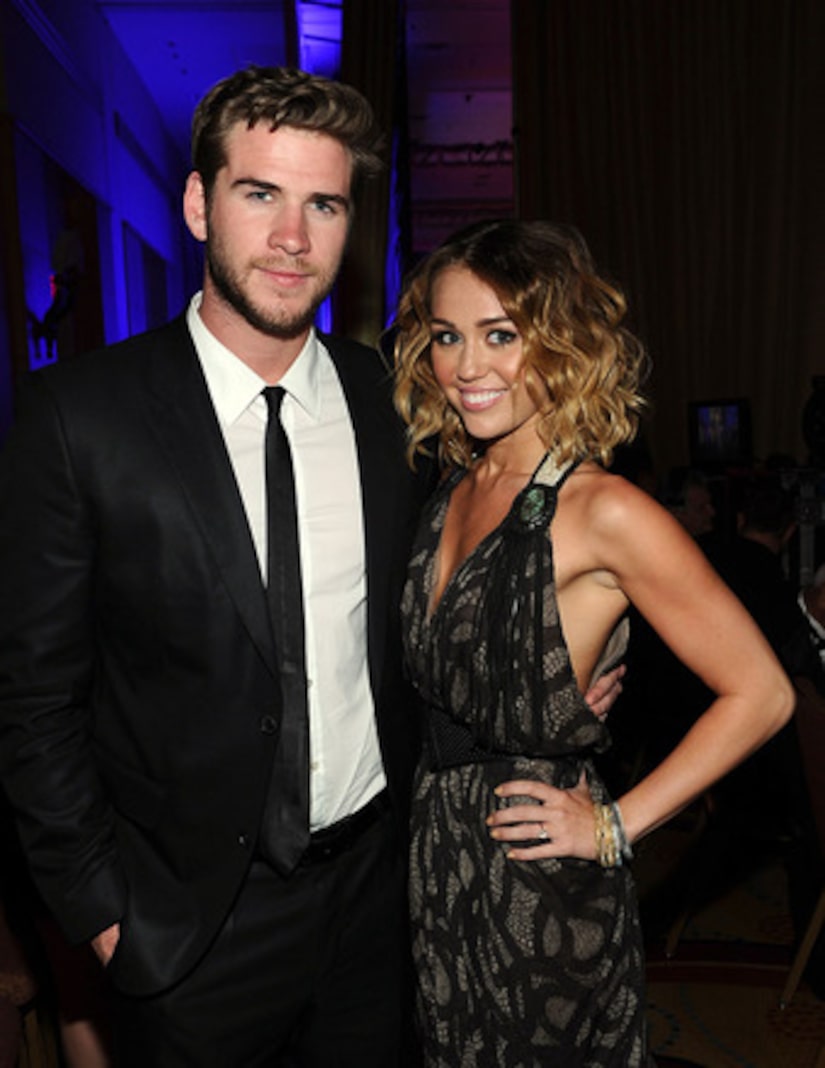 The wise starlet continued, “Life is too short. If you get called one day and, God forbid, that person isn't here, then the last thing you want to know that you had your ego in front of you. If you love someone, tell them you do, if you want to be friends with someone, be friends with them.”

Miley and Liam called off their engagement in September 2013.