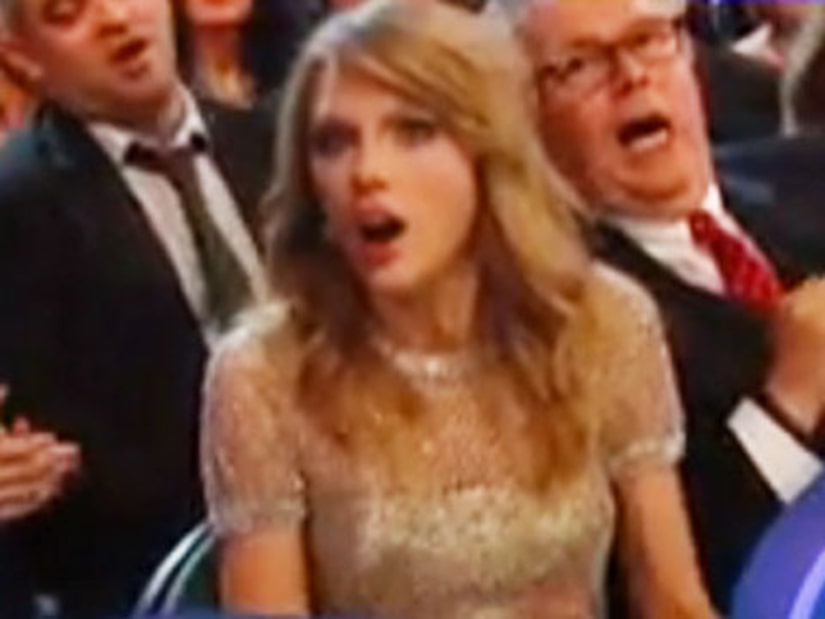 Poor Taylor Swift... everyone is talking about how she mistakenly thought she won Album of the Year at the 2014 Grammy Awards. A pic and video of the singer went viral, after she expressed shock during the announcement.

Her album “Red” was up for the big prize, but instead it went to Daft Punk's “Random Access Memories.”

Taylor quickly recovered and began clapping for the winners. Watch the video!

Unfortunately, her reaction overshadowed one of her best award show performances to date. Watch the video to see her head-banging to "All Too Well."