Did Justin Bieber hit the party scene again just hours after he was bailed out of a Miami jail? It sure looks that way… with his dad no less!

#JustinBieber pic from @GabyontheGo where he is apparently right now following his arrest earlier today. pic.twitter.com/f2rQSsWDVu

CBS 4 News Miami claims they snapped pics of the Biebs at a restaurant next to a table littered with beer bottles!

Who Is Justin Bieber's Mystery Girl?

The man sitting next to Bieber looks a whole lot like his dad, Jeremy. The Bieber patriarch hit back at the reports, tweeting, "I can protect my kids, but I can't protect them from you and your lies. Believe in the truth not in the lies of the enemy. #reallife"

Making matters worse, the Daily Mail claims that Bieber's team sent a private plane to Miami on Thursday to pick up Justin and take him to rehab, but he refused to board. The paper says mom Pattie Mallette and ex Selena Gomez are worried sick about the star.

Bieber landed in hot water early Thursday when he was arrested in Miami Beach for DUI, drag racing and driving with an expired license. He was also charged with resisting arrest. Cops say he admitted to using marijuana, beer and prescription pills before getting behind the wheel of a yellow Lamborghini.

TMZ says his dad was with him in Miami and may have helped barricade a residential street so his famous son could drag race with rapper Khalil. 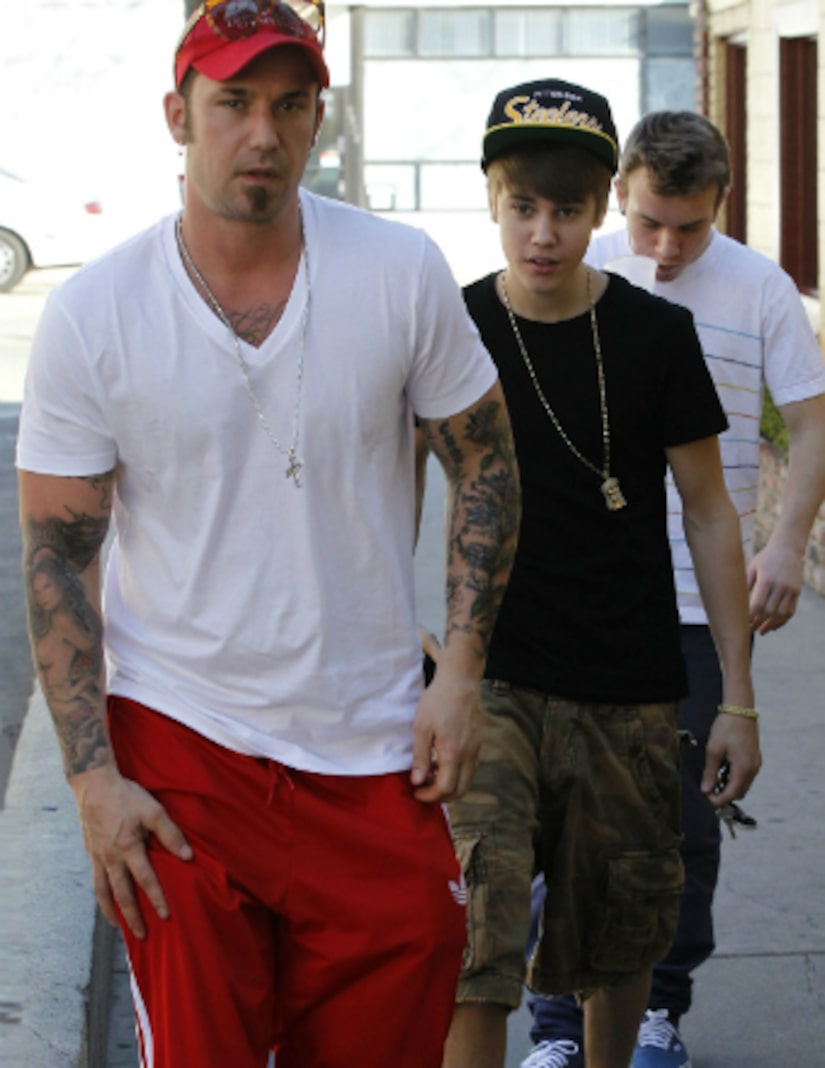