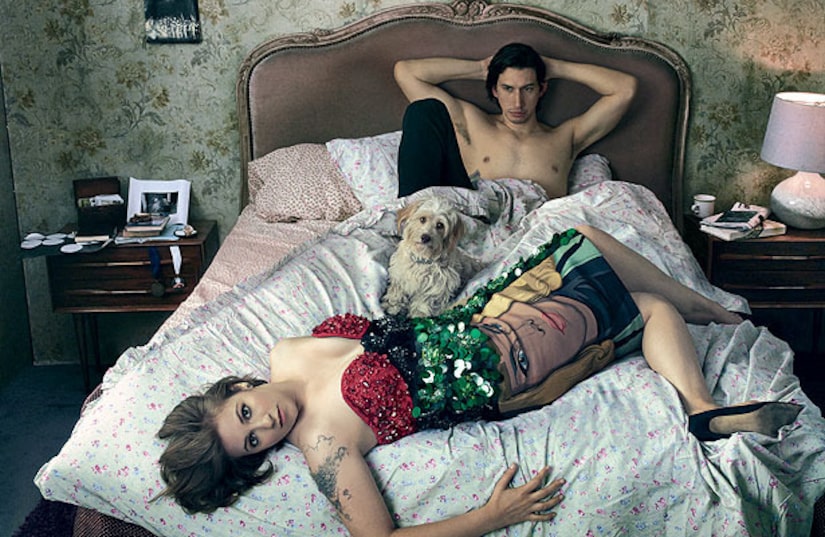 Actress Lena Dunham thinks people need to quit wasting “energy” on photos of her from a Vogue magazine shoot.

Shot by famed photographer Annie Leibovitz, the “Girls” creator and star was recently featured in the February issue of Vogue, looking quite glamorous, along with “Girls” co-star Adam Driver.

Jezebel.com, however, wanted to see the original photos of Dunham and offered $10,000 in exchange for unretouched pics. They received six allegedly unaltered images of Dunham within two hours of the original story being posted, and promptly displayed the differences.

Dunham weighed in on Twitter, before the unretouched photographs were published, and responded to a fan's message tweeting "10k? Give it to charity then just order HBO."

She then tweeted, "Some s**t is just too ridiculous to engage. Let's use our energy wisely, 2014."

Jezebel.com editor Jessica Coen explained in her article that they requested the original photos not because they wanted to see what the 27-year-old “really looks like” but to point out how Vogue treats specific women in their magazine.

Then, after receiving the unretouched snaps, Coen writes, "As expected, they're great -- Lena looks fantastic. Aside from the obvious lighting tweaks that any publication would make, the unretouched images are pretty perfect. Which makes some of the adjustments -- slightly narrowing a jaw or raising a waistline -- seem that much more unnecessary. Why bother? These slight tweaks, the 'you look great, but you'd look just a little more great if...' stuff is insidious."

Elle magazine also recently came under fire for cover photos of their “Women in TV” issue, in which they show full body shots of actresses Amy Poehler, Zooey Deschanel and Allison Williams, but a close-up shot of the curvier Mindy Kaling.

Kaling slammed that criticism, too, tweeting, “It made me feel glamorous & cool. And if anyone wants to see more of my body, go on thirteen dates with me.”