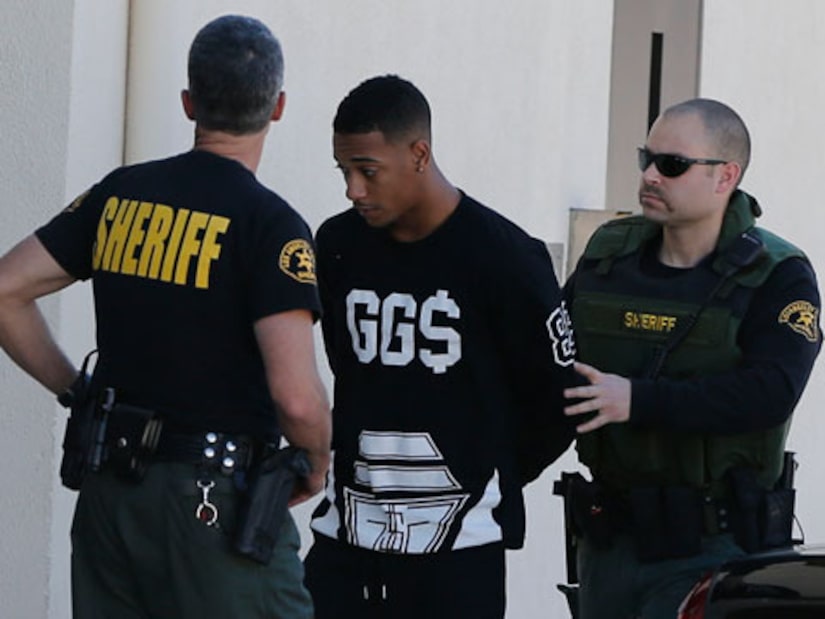 UPDATE: Law enforcement now believes that powder found at Bieber's house was not cocaine, but Molly (a form of ecstasy and Xanax). Lil Za, the rapper taken into custody on felony drug charges, was arrested a second time on Tuesday. According to TMZ, he flipped out while posting bail and smashed his phone. Officers immediately re-booked him on vandalism charges.

The L.A. County Sheriff's deputies descended on Justin Bieber's house on Tuesday, but it was his friend Lil Za (real name Xavier Smith) who was arrested during the great egg raid.

The rapper was taken into custody on a felony cocaine possession charge. Watch the video below to see the singer being taken away by authorities.

A rep for the LASD said they were searching for evidence linking the Biebs to a felony egging at a neighbor's house when they came across the cocaine in “plain view.”

Officials say Bieber was “not connected” to the drugs. No word yet on whether they sniffed out any eggs.