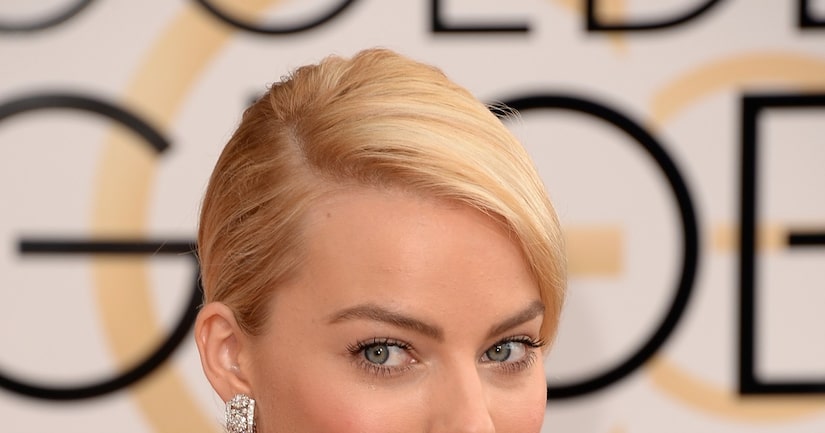 "The Wolf of Wall Street" star Margot Robbie looked stunning in a Gucci dress at the2014 Golden Globes and telling “Extra’s” Mario Lopez why she was solo.

Robbie laughed, “I’m always single. I’m never in one place long enough to get a boyfriend.”

The Australian beauty dished on what she is looking for in a man, “Rugged. I kind like pony tails, beards, maybe a tattoo.” She added, “You know, my massive obsession -- I’m really targeting a niche market here -- a hair lip.”

Margot then revealed she has a rush on Joaquin Phoenix. “We were at rehearsals yesterday for [the Globes], because I’m presenting, and they put everyone’s cardboard cut-outs on their seats. His was there and I walked past it and was like ‘Oh hey Joaquin’ and sat down, put my arm around him, gave him a little kiss.”

Robbie, who used to work at Subway before she broke into Hollywood, told Mario she was really good at making a certain type of sandwich. “I was really good at the BLT’s, because there’s a couple layers that go into it, so people stuff that up a little bit, but I would do it really well.” She laughed Subway just sent her a sweater for mentioning them in the press.