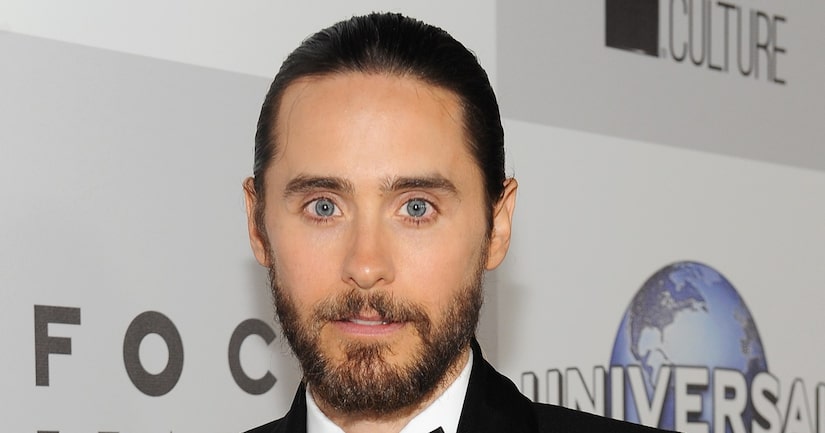 Actor Jared Leto, who took home the 2014 Golden Globe for Best Supporting Actor for his role in “Dallas Buyer's Club,” was backstage with “Extra's” Jerry Penacoli and thanked those he forgot to mention in his acceptance speech.

Leto admitted, “I forgot half of it which, of course, happens to everybody… I did put some thoughts down in the freak chance that I got something. I forgot to thank Matthew [McConaughey], and the director [Jean-Marc Vallée] and the writers and Jennifer [Garner] and the rest of the cast and the producers. I mean who does that? Only me!”

Leto continued, speaking to the camera, “Matthew, you're the best, incredible and everybody, thank you so much for just giving me this chance. It was really brave thing to bet on someone who hadn't worked in six years.”

About playing the doomed transvestite Rayon, Leto said, “I tucked those balls firmly away… I'm still coughing them out.”

As for his plans for the rest of the night, Jared said, “I'm going to go to every single party and if I'm not to tired, this may be a night that never ends.”