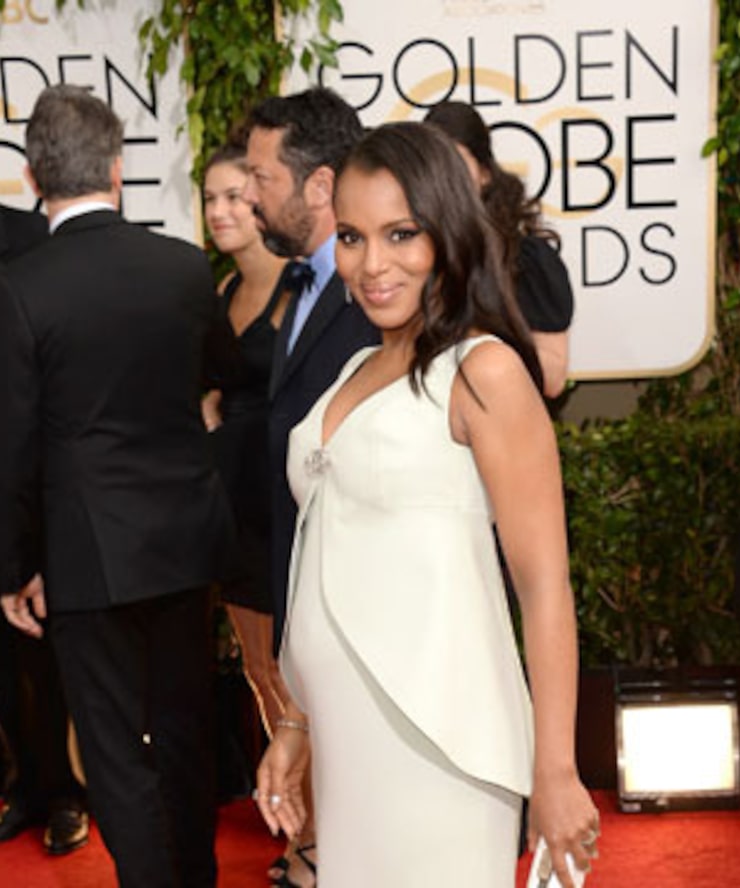 Check out this adorable pic of Kerry Washington showing off her baby bump! The pregnant star strutted the 2014 Golden Globes red carpet in style, wearing a maternity dress by Balenciaga.

The “Scandal” star is extremely private and has never confirmed the pregnancy until now! She told "Extra's" Mario Lopez, "I don’t want to give up too much information, but it's going great." 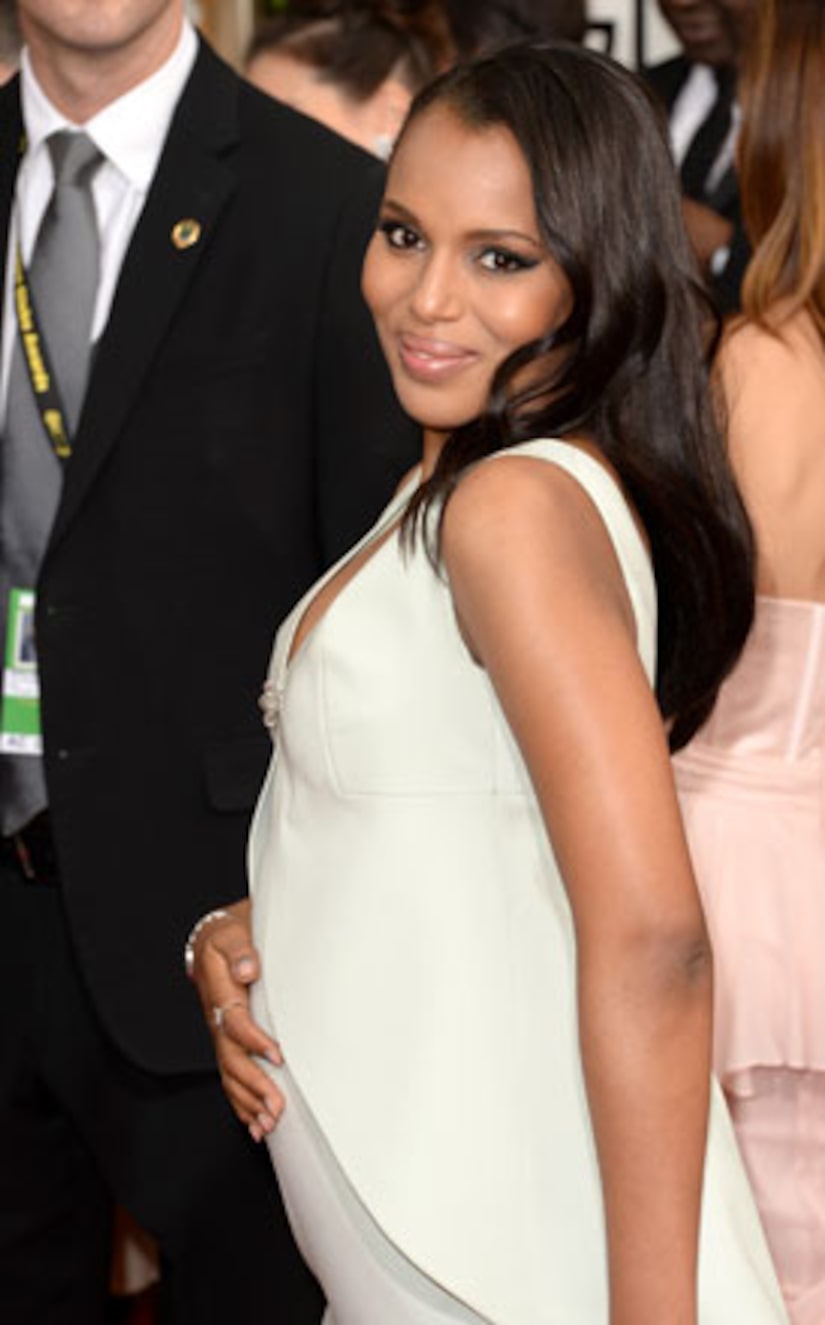 Kerry wed NFL player Nnamdi Asomugha in a secret ceremony in June, and now they want to keep the sex of the baby a surprise too.

Kerry told Mario how they are dealing with her pregnancy while filming this season of “Scandal,” “We're handling it, as Olivia Pope, would say."  Kerry saying she is working closely with costume designer Lyn Paolo, “She and I are having a really good time in keeping the fashion elevated, but still making room for this little human."

When Mario asked if Nnamdi was going to be a househusband of Hollywood now that he retired from the NFL, she responded, “You'll have to talk to him about that… he's really good, we're both feeling really blessed."

In late October, a source leaked the baby news to Us Weekly. The star is likely about seven months along.