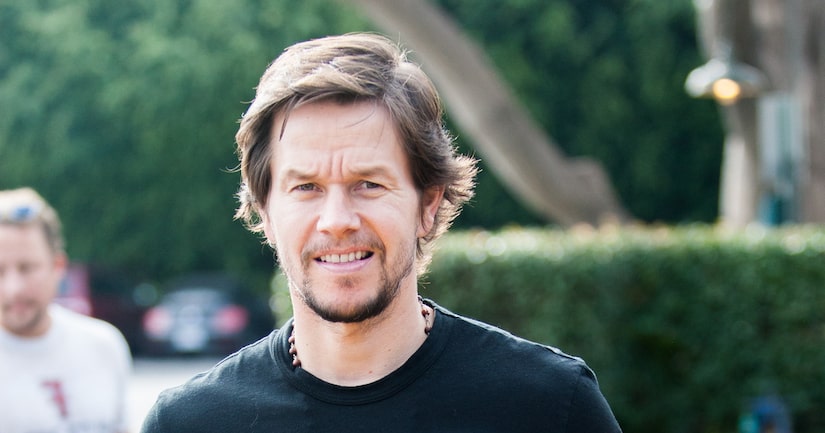 Walhberg explained why he looks thin. “I’m trying to get as thin as I possibly can. I’m playing a literary professor who also has some serious addiction problems, trying to get ready for that.”

Mark admitted getting down to about 150 pounds isn’t easy. “Anytime I smell food, I get crazy… my daughter was eating a blueberry scone, and I was going to jack her for it… literally going to rob my almost 4-year-old daughter for the blueberry muffin. It’s getting bad.”

The actor also talked about playing Navy SEAL Marcus Luttrell in “Lone Survivor,” which is based on the true story of a mission in Afghanistan that goes terribly wrong. He told Maria, “It’s far more demanding than anything I’ve ever done, but still doesn’t compare to what [SEALS] do.”

Wahlberg added he and his “Lone Survivor” co-stars “were going for authenticity. There’s nothing nice in war, and this movie is definitely not a pro-war movie, nor does it support the politics of our being in Afghanistan, but it certainly supports our soldiers.”

As for all the Oscar buzz around the film, Mark said, “If the movie gets that kind of recognition, great, but we made the parents and family members of those fallen soldiers proud.”

The TV producer also explained a crazy rumor that he is not talking to his mom. “My mom asked me to dispel that rumor. That's not really true. We have this docu-series on A&E (“Whalburgers”), which premieres January 22. My mom and brother Paul are really the stars, and [brother] Donnie and I are trying to expand this business while they run it on a day-to-day basis."

Mark smiled, “She tells everybody they're her favorite. But she really loves Paul the most, so we have this debate going for most of the first season of the show on who's the favorite.”