As prison inmates, the women of the hit Netflix original series “Orange Is the New Black” don’t get much of a chance to dress up, but in the upcoming issue of Elle magazine, the diverse actresses show off their glamorous style!

The series focuses on a privileged woman (Taylor Schilling) sentenced to 15 months in federal prison, and it has amassed a huge fan following. 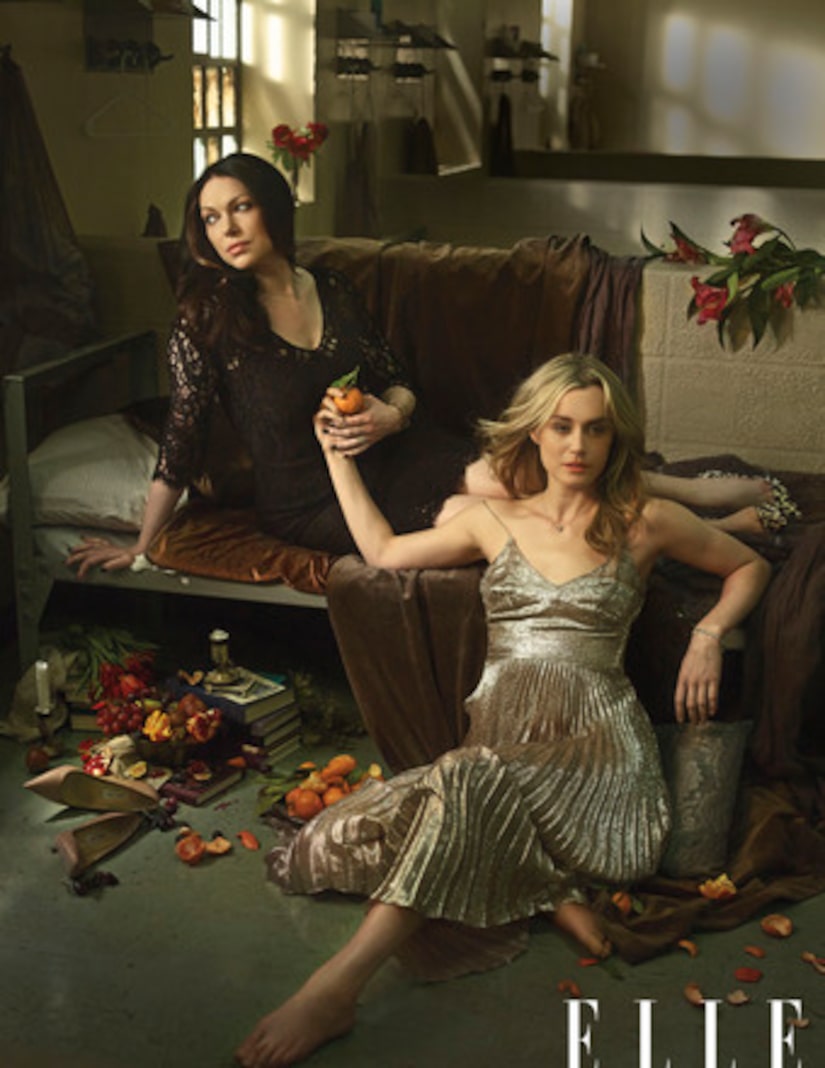 Schilling explains about Chapman’s shocking Season 1 cliffhanger, “She’d had it up to here. It’s fun to play a character with such a dramatic shift.”

Prepon says about Alex, Chapman’s former lover and the reason Piper is in jail, “I always think of her as a spider. She’s just waiting for the final kill.” 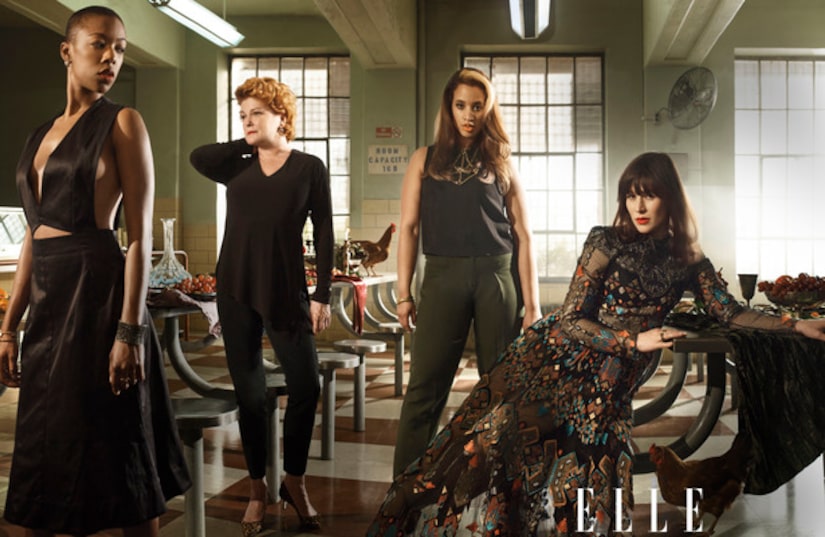 Veteran actress Mulgrew is fantastic as Red, the tough Russian maven who runs the prison kitchen. She describes the types of women portrayed in the show. “These are not mass murderers. These are women who tripped -- some just slipped on a banana peel.” 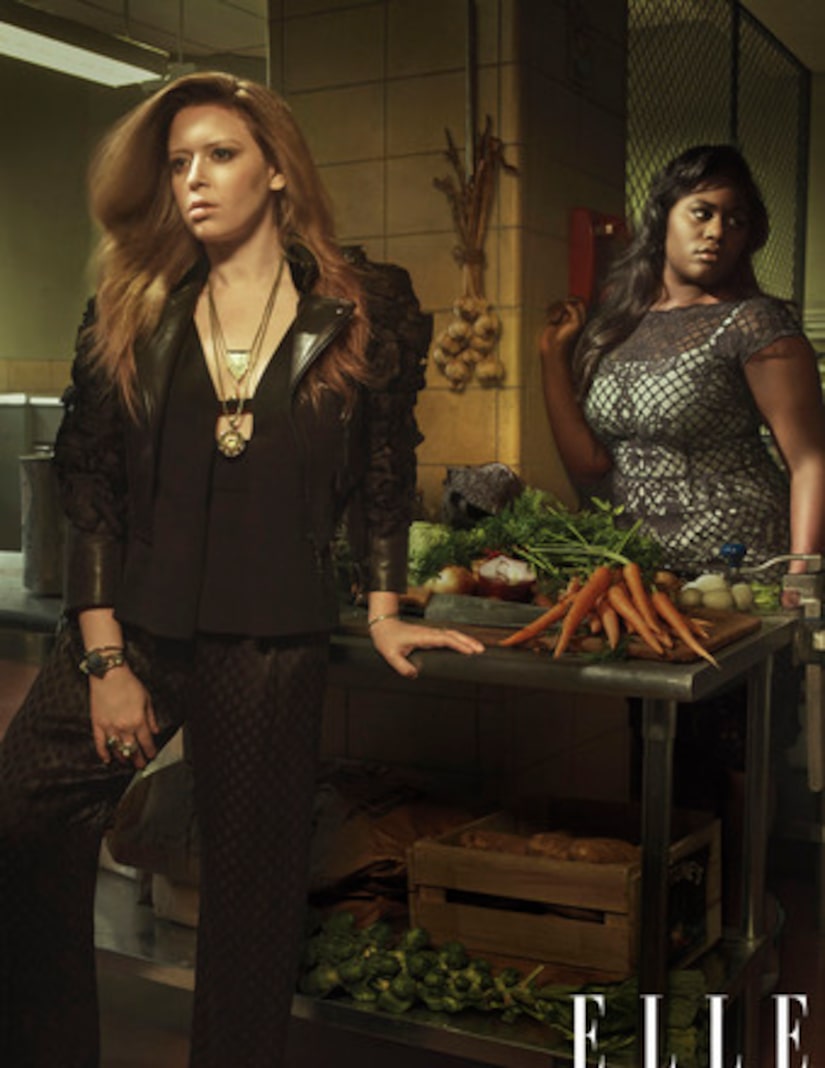 Brooks, who portrays the sweet and sassy Taystee, explains her character’s need for jail’s stability is real. “That is the struggle real people have. They want to get out but don’t know how to maneuver the real world anymore.” 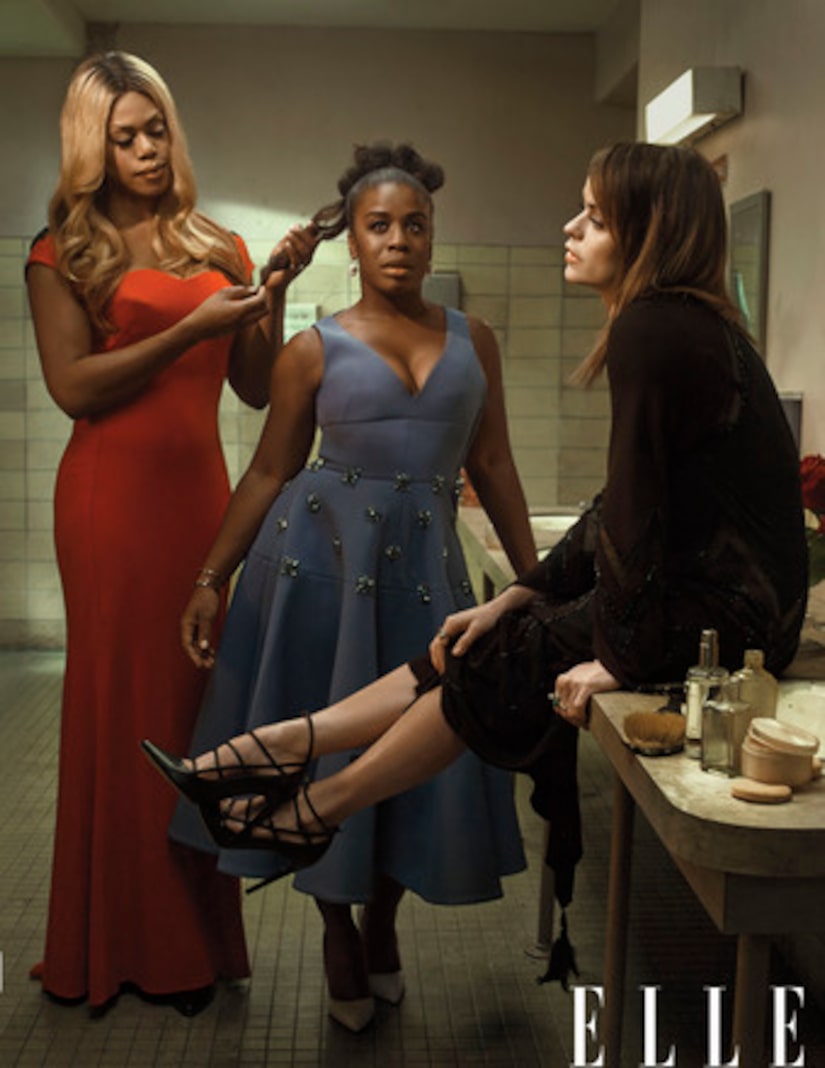 Transgender actress Cox, who plays prison hair stylist Sophia, says, “I always speculated that if I were to have a breakout moment, the entire system would change.”

Read more of the interview at Elle.com and pick of the issue on January 14! Watch the photo shoot video below!

Season 2 of “Orange Is the New Black” is set to premiere in the spring.