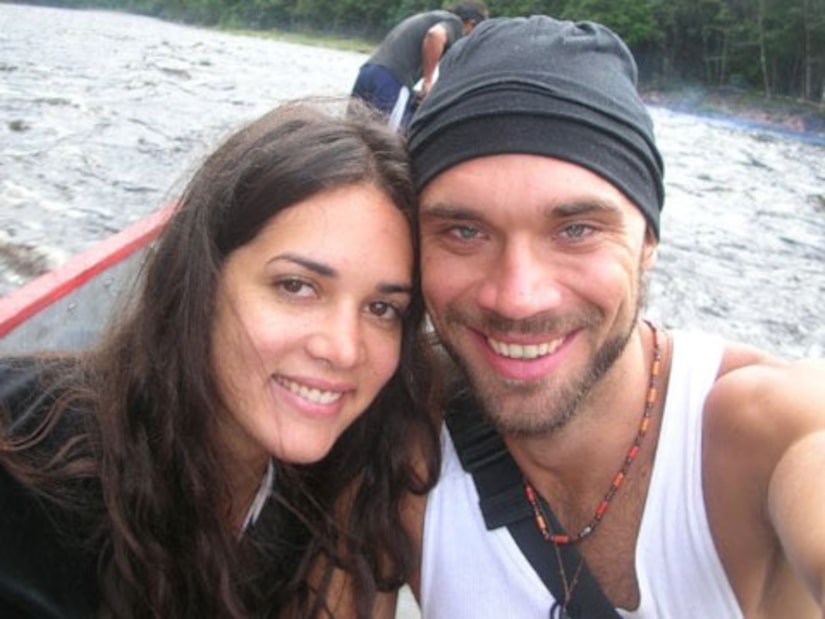 She witnessed the murder of her parents, and now Maya, daughter of former Miss Venezuela Monica Spear and ex Thomas Berry, could be forced to testify as a key witness in the investigation of the killings.

HLN's Nancy Grace told “Extra,” “The state may have to resort to putting their 5-year-old daughter on the stand... typically it can be argued by many that a child's testimony is unreliable... but I don't buy that.

Meanwhile, TMZ reports that psychologists are preparing to tell the little girl that her parents are dead.

While she was there when highway robbers killed the former couple (Maya survived with a gunshot wound to the leg), sources say she believes her parents are “sleeping.”

The family is taking care of Maya, and her grandparents plan to take over guardianship.

It was originally reported that the three were on a family vacation in Venezuela when their car broke down between Puerto Cabello and Valencia. Now the New York Daily News says authorities believe the couple drove over a sharp object that was deliberately placed in the road by a band of thieves.

With two punctured tires, they were left helpless on the side of the road. Two tow trucks arrived, but it is unknown if Monica and Thomas called for assistance or if drivers were in on the robbery.

The suspects waited until after the car was lifted onto the back of a tow truck to attack. Police say the family locked themselves in the car to get away from the assailants.

So far, authorities have made five arrests in connection with the case.

After winning Miss Venezuela in 2004, Monica went on to star in several telenovelas, including “Forbidden Passions.” She reportedly split her time between Venezuela and the United States. Thomas Berry, who was born in Ireland and raised in Venezuela from the age of 7, was an independent travel consultant living in Caracas.

Funeral services will take place later this week in Venezuela.