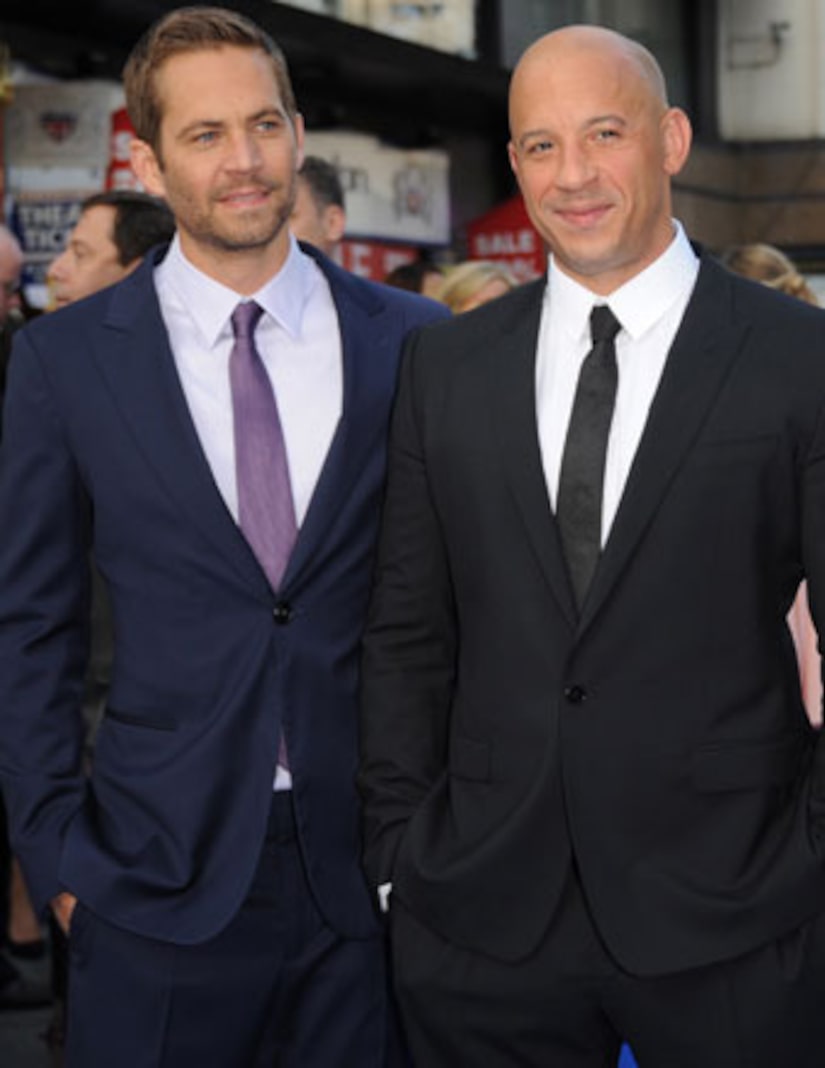 Less than two months after losing his friend Paul Walker, Vin Diesel has released a tribute video documenting his bromance with his “Fast & Furious” co-star.

Diesel posted the 18-minute video on his Facebook page, along with the reference to their “Fast” characters, “A glimpse... of Dom and Brian… off screen.”

The tribute includes clips of the stars over the years as they travel the world filming and doing press for the “Fast” franchise. Aside from heartwarming friendship moments, fans also get to see more of Paul's silly side.

The actors were on a break from filming "Fast & Furious 7" when Paul died in a fiery car crash Nov. 30. Universal plans to rework the script to "retire" Walker's character, while postponing the release date to April 10, 2015.