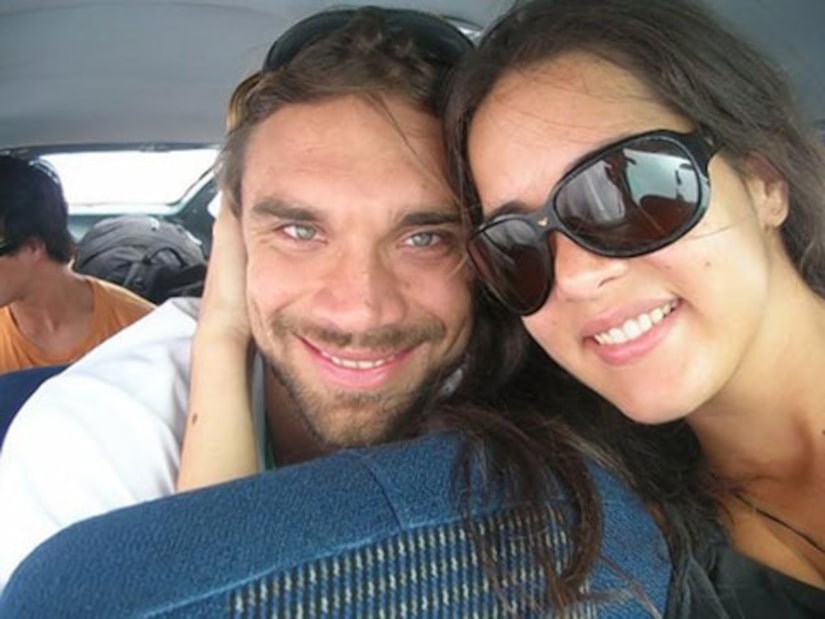 Horrific new details concerning the murder of former Miss Venezuela Monica Spear Mootz, 29, and her ex-husband Thomas Berry, 39, reveal that the attack was likely a setup. Five arrests have been made so far.

It was originally reported that the former couple and their daughter Maya, 5, were on a family vacation when their car broke down in Venezuela between Puerto Cabello and Valencia. Now the New York Daily News says authorities believe the couple drove over a sharp object that was deliberately placed in the road by a band of thieves.

With two punctured tires, they were left helpless on the side of the road. Two tow trucks arrived, but it is unknown if the couple called for assistance or if the drivers were in on the robbery.

The suspects waited until after the car was lifted onto the back of a tow truck to attack. Police say the couple and their daughter locked themselves in the car, to shield themselves from the assailants.

At least six shots were fired. Maya survived, but suffered a gunshot wound to the leg.

After winning Miss Venezuela in 2004, Monica went on to star in several telenovelas, including “Forbidden Passions.” She reportedly split her time between Venezuela and the United States. Thomas Berry, who was born in Ireland and raised in Venezuela from the age of 7, was an independent travel consultant living in Caracas.

"Bachelor" star Juan Pablo Galavis, also from Venezuela, said he met Spear while she was shooting a soap opera in Miami with his brother and his cousin-in-law. He told "Extra" he wanted to offer his condolences to the family.

Galavis added, "I have seen how the country has gotten worse and worse... especially with crime." Now, he wants his pregnant sister to come to the US. "I don't want nothing to do with the country until it gets better."