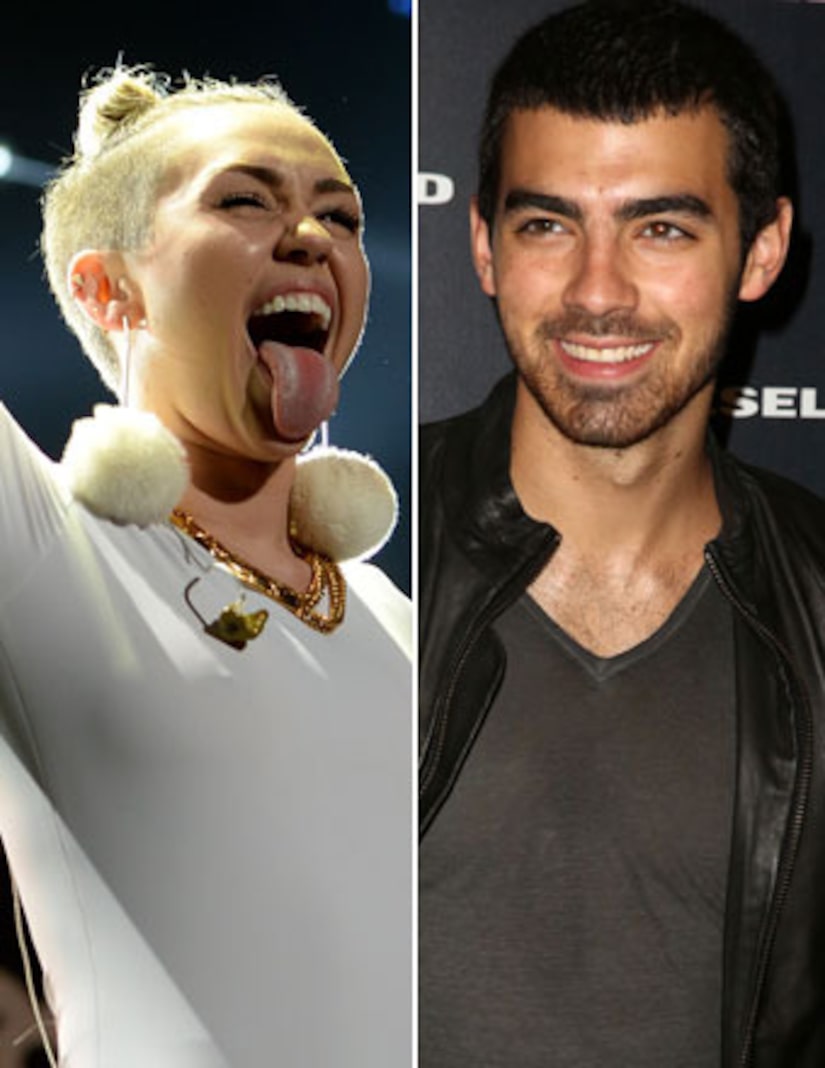 Earlier this month, Joe Jonas made headlines when he wrote a tell-all piece for Vulture, claiming that Miley Cyrus and Demi Lovato used peer pressure to get him to smoke pot when he was 17 or 18.

Now, Miley is making fun of her old pal in a New York Times interview.

Cyrus points out that she and Demi are three years younger than Joe, explaining, “We were so young,” before asking, “How did you get peer pressured by me?”

“If you want to smoke weed, you're going to smoke weed,” she says. “There's nothing that two little girls are going to get you to do that you don't want to do. I thought maybe he was saying that like it was going to make him look badass.”

At this point, Miley probably considers herself an expert in the badass department.

She told the paper all about her "rock 'n' roll" persona, explaining it is all just for show. "I went from people just thinking I was, like, a baby to people thinking I'm this, like, sex freak that really just pops molly and does lines all day. It's like, “Has anyone ever heard of rock 'n' roll?” There's a sex scene in pretty much every single movie, and they go, “Well, that's a character.” Well, that's a character. I don't really dress as a teddy bear and, like, twerk on Robin Thicke, you know?"

That's not all, on Thursday, her new “Adore You” video leaked, revealing a whole lot of Miley rolling around naked and touching herself.

To top it off, the “Wrecking Ball” singer tweeted a picture of herself French-kissing Victoria's Secret model Cara Delevingne! 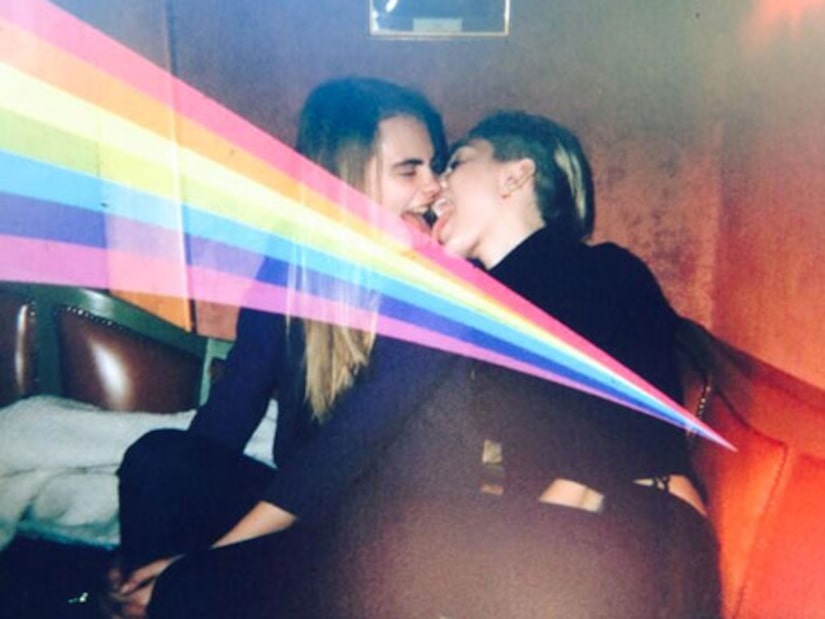 The caption said, “Love!!!! We finally got the filmed developed Mush.”