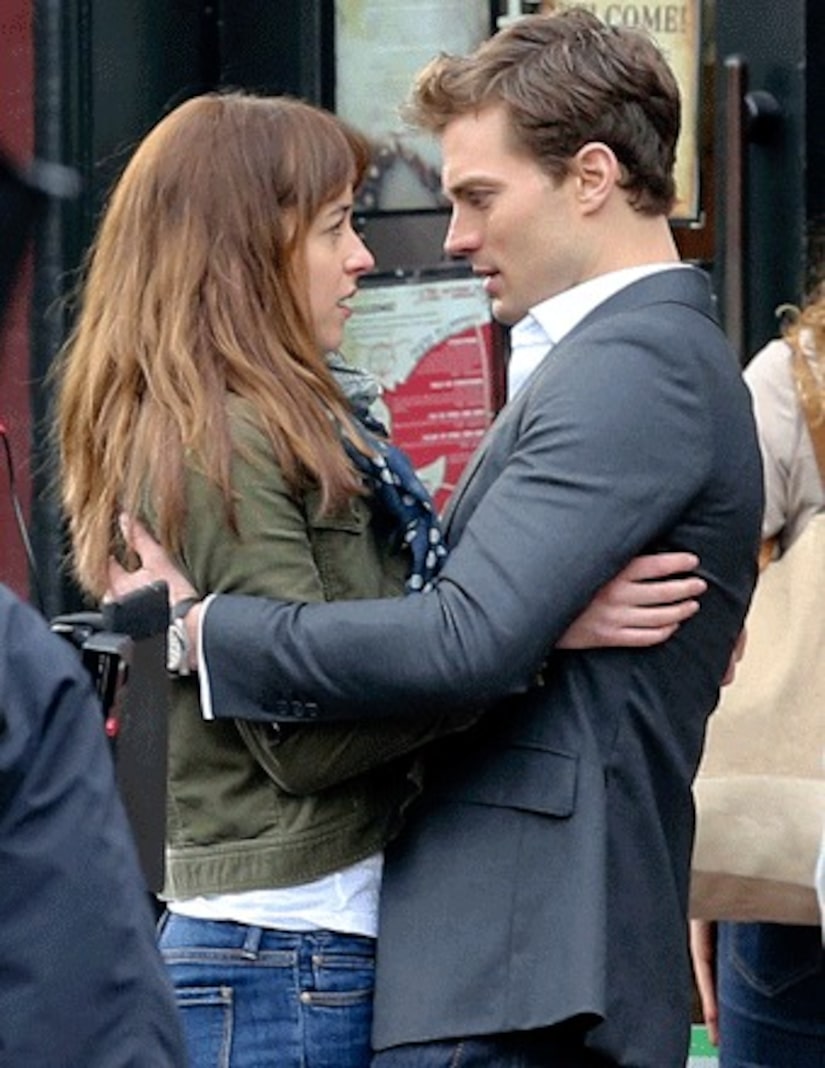 Christian Grey to the rescue! Jamie Dornan and Dakota Johnson were photographed while filming a pivotal -- and wildly romantic -- scene on the set of “Fifty Shades of Grey” on Thursday, and the pics will surely make you swoon. 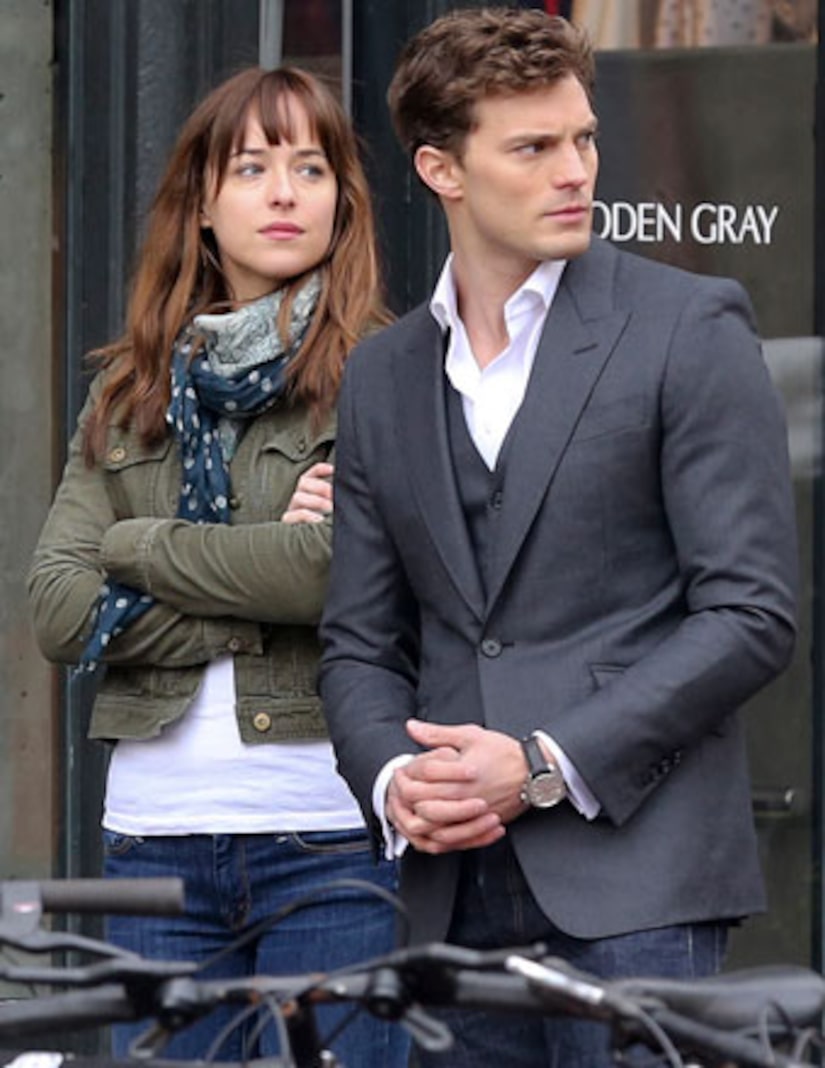 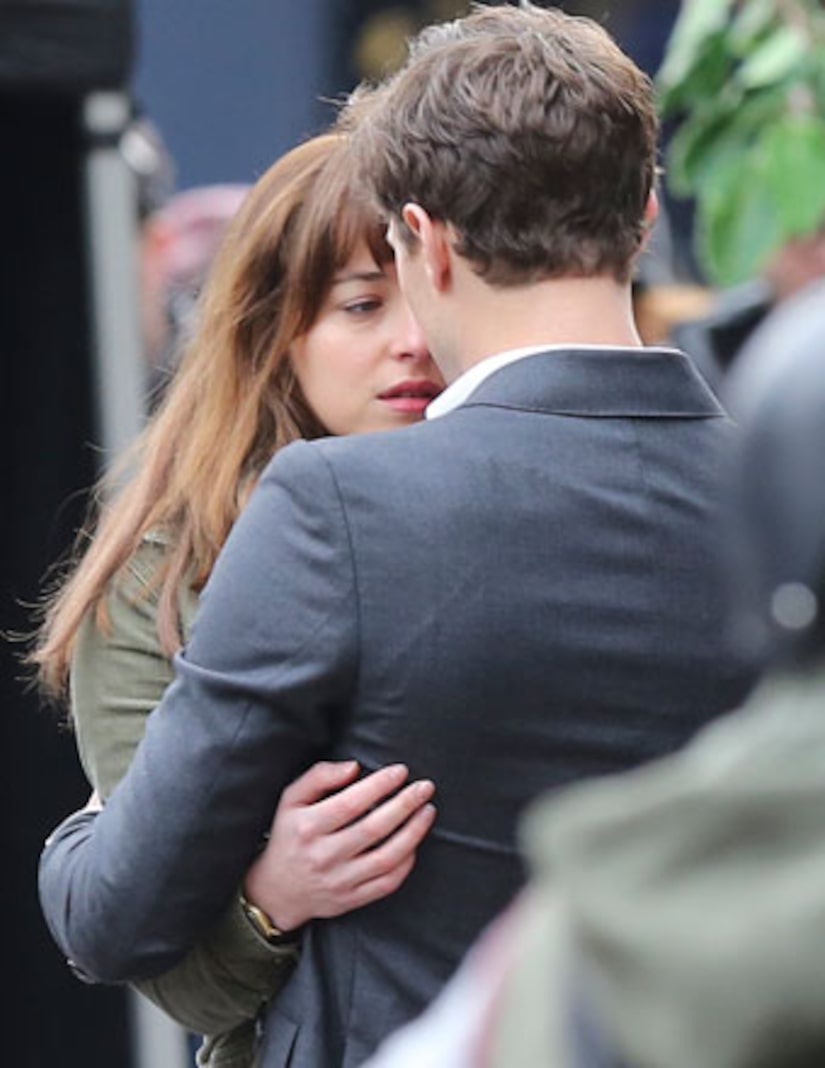 On Wednesday, pictures surfaced of Jamie and Dakota filming scenes from a graduation ceremony. Click here for pics of the pair kissing on Dec. 8.

“Fifty Shades of Grey” is set for release February 2015.