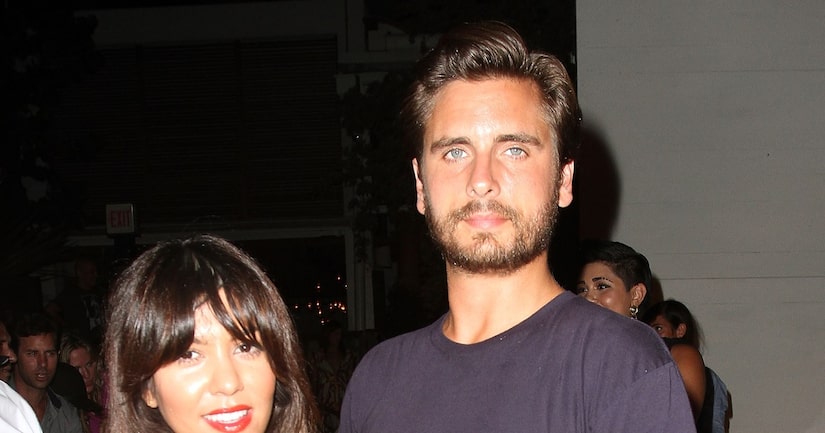 On the heels of Khloé Kardashian's divorce filing from husband Lamar Odom, there are now rumors Kourtney Kardashian and Scott Disick may be splitting.

Sources revealed to In Touch magazine that Disick has moved out of the Calabasas, Calif., home he shares with longtime girlfriend Kourtney and their two children, son Mason, 4, and daughter Penelope, 1.

A source told In Touch that Disick has moved into the Montage Beverly Hills Hotel. “Yeah, Scott was here last week. He arrived alone.”

According to the report, Disick was also spotted kissing a brunette in the hotel lobby.

An eyewitness said, “The woman was in her 20s and exotic-looking. She was pulling a small suitcase on wheels and Scott put both his arms around the small of her back, kissed her on the cheek and whispered into her ear. When Scott pulled back, he kept his hand on her hips and leaned back, as if to check her out. The way he touched her and the way they looked at each other suggested they were a lot more than friends.”

Another insider said, “Kourtney is devastated. She always wanted Scott to be the one. Instead, he's broken her heart.”

The new issue of In Touch is on newsstands now.