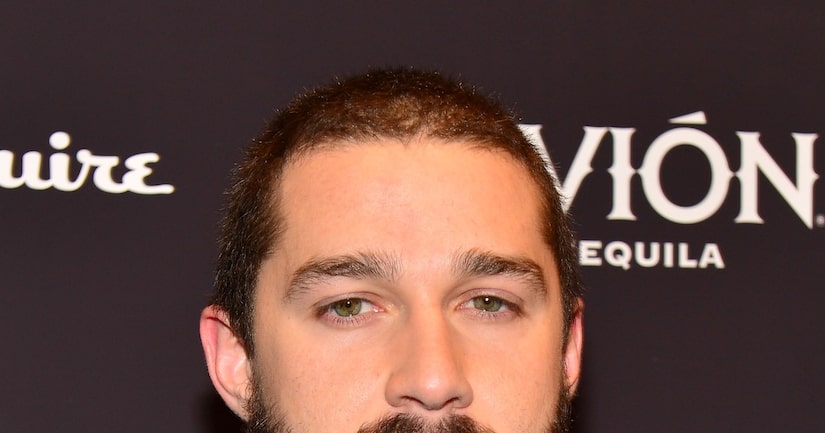 The “Transformers” star directed a short film entitled “HowardCantour.com,” which he debuted at Cannes Film Festival in 2012. The story follows an online movie critic, played by comedian Jim Gaffigan.

The short was released online on Monday, and soon after, Buzzfeed.com called out LaBeouf for blatantly copying a 2007 comic strip called “Justin M. Damiano,” written and drawn by Daniel Clowes. The two are almost exactly the same in story and dialogue.

LaBeouf subsequently took to Twitter to apologize. He wrote, "Copying isn't particularly creative work. Being inspired by someone else's idea to produce something new and different IS creative work. In my excitement and naiveté as an amateur filmmaker, I got lost in the creative process and neglected to follow proper accreditation."

Shia continued, "Im embarrassed that I failed to credit @danielclowes for his original graphic novella 'Justin M. Damiano,' which served as my inspiration. I was truly moved by his piece of work & I knew that it would make a poignant & relevant short. I apologize to all who assumed I wrote it. I deeply regret the manner in which these events have unfolded and want @danielclowes to know that I have a great respect for his work.

LaBeouf concluded by saying, "I f**ked up."

Meanwhile, Clowes told Buzzfeed, "The first I ever heard of the film was this morning when someone sent me a link. I've never spoken to or met Mr. LaBeouf. I've never seen one of his films that I can recall — and I was shocked, to say the least, when I saw that he took the script and even many of the visuals from a very personal story I did six or seven years ago and passed it off as his own work. I actually can't imagine what was going through his mind."