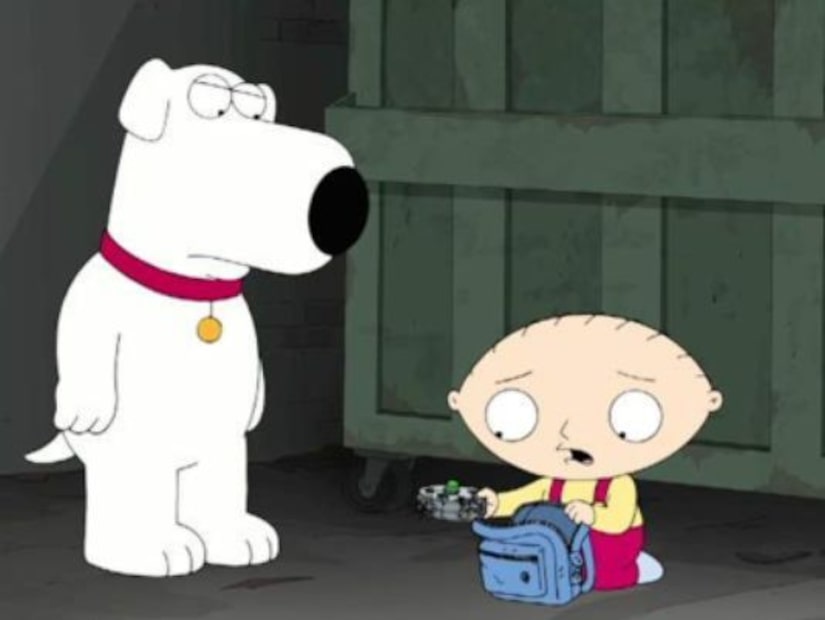 Whew! Just when you thought all was lost on “The Family Guy” after the untimely demise of Brian, the Griffin family dog, they bring him back!

On Sunday night's Christmas special, Stewie tearfully told a mall Santa he missed his beloved best friend and wanted him back. Using a time machine, he was able to travel back and prevent the hit-and-run that killed Brian on the November 24 episode.

Creator Seth MacFarlane tweeted, "I mean, you didn't really think we'd kill off Brian, did you? Jesus, we'd have to be (effing) high… Oh and hey… thanks for caring so much about the canine Griffin. He is overcome with gratitude."

After the shocking death, Exec. Producer Steve Callaghan told E!, "We thought it could be a fun way to shake things up, “ but fans were outraged and #BringBrianBack began trending immediately.

And thus endeth our warm, fuzzy holiday lesson: Never take those you love for granted, for they can be gone in a flash.