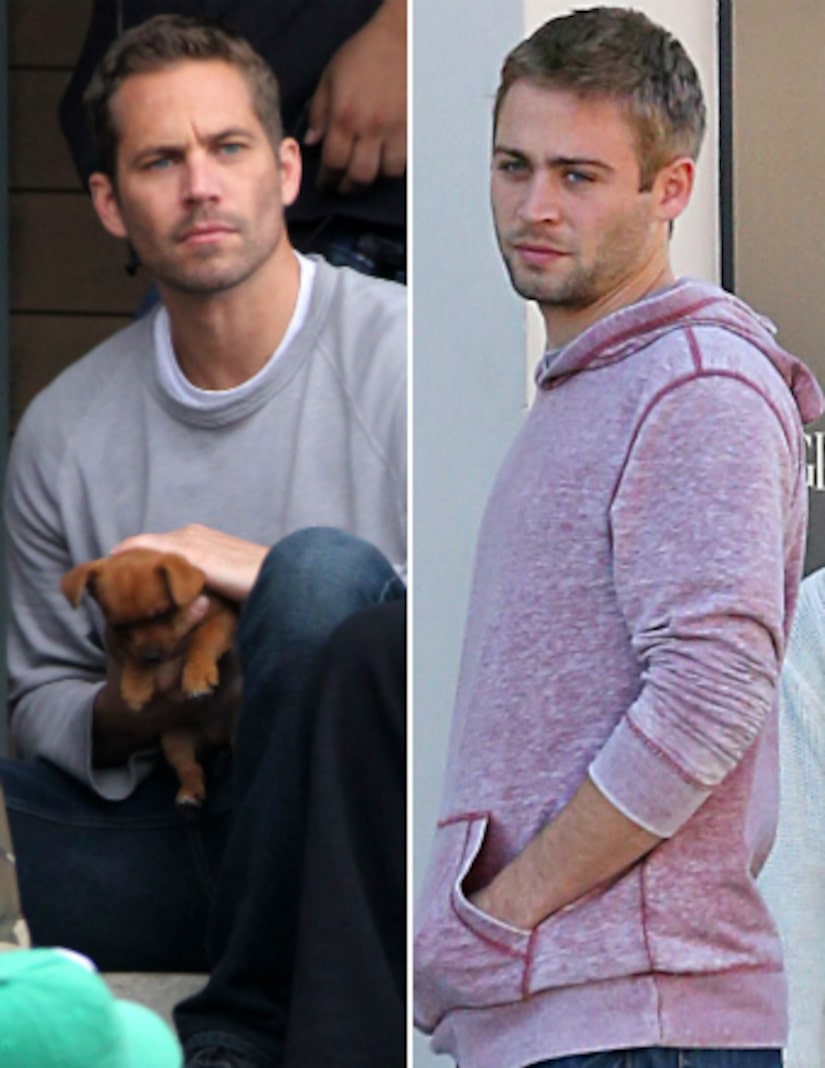 Could the “Fast and Furious” franchise live on with help from Paul Walker's lookalike brother Cody? Yes, according to Daily Mail.

Paul, 40, was on a break from filming the seventh installment in the franchise when he died in a tragic car accident two weeks ago. Now, the paper says that Cody (seen above with his dad Paul, Sr.), a stuntman, has been asked to take his older brother's place.

A source explained, “They can shoot Cody from behind and at distance, and if it's a shot they need Paul's face in close up they can CGI it later on.”

The insider continued, “If Cody agrees it's because he wants to honor his brother's memory. There are many details that still need to be worked out, but right now the family and cast and crew are all still grieving.”

The 25-year-old lives in Oregon, but has been in L.A. supporting his grieving parents. Walker's remains were reportedly cremated on Thursday ahead of a private family funeral set to take place Saturday.

Walker's ashes will be interred at L.A.'s Forest Lawn Cemetery.

A private, invitation-only memorial will include family, friends, and Paul's “Fast and Furious” co-stars.