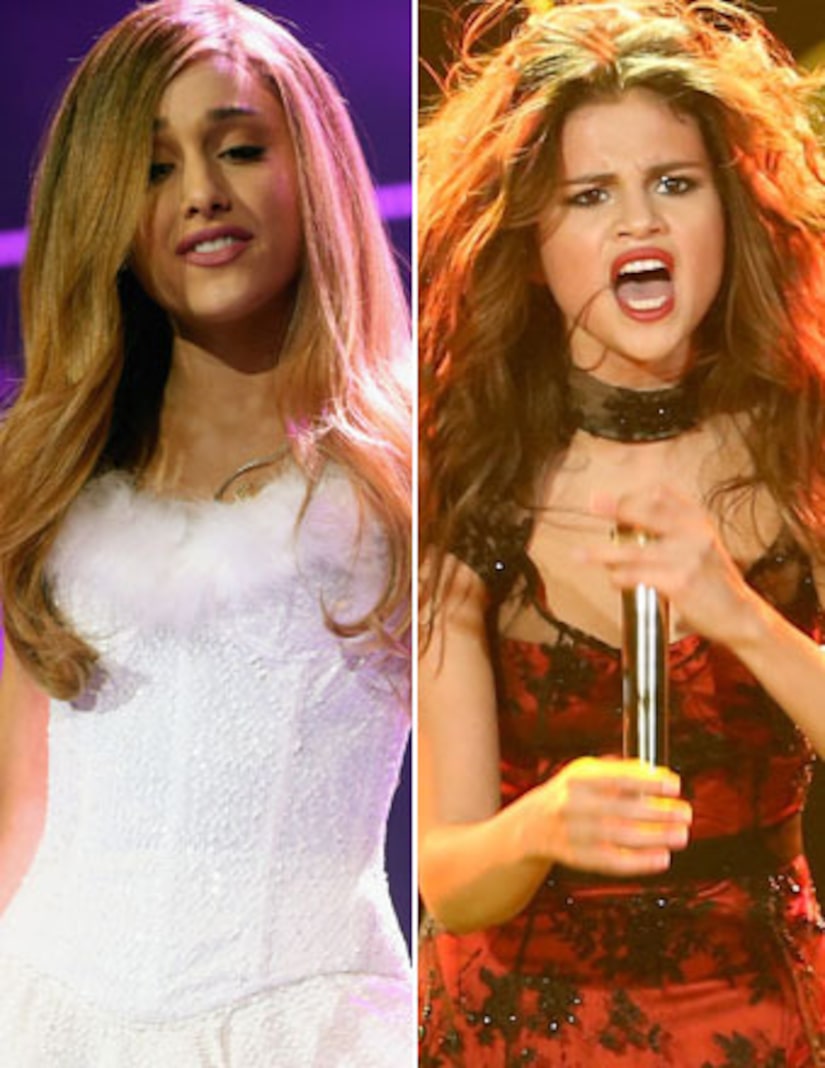 It was a very eventful night at the KIIS FM Jingle Ball concert in L.A. on Friday for performers Ariana Grande and Selena Gomez.

First, Selena Gomez appeared to be caught lip-synching her song “Come & Get It,” after experiencing sound issues. To make matters worse, she was overheard saying “What the f**k?” and eventually cut her set short and left the stage.

New pop sensation Ariana Grande, who is good friends with Gomez's ex Justin Bieber, took the stage a while later, and she also had similar sound issues. An eyewitness told HollywoodLife.com that because Ariana wasn't lip-syncing, the audio issues only emphasized that. At the end of the set, Grande, who was also reportedly battling bronchitis, apologized to the crowd, saying, "I'm sorry the mix was off the entire time. At least you know I'm not tracked."

Uh-oh, did she diss Selena? Not according to Grande, who tweeted later that she hadn't seen any of the other sets and was only making a joke about her mic.

Ohhh jesus. I wasn't throwing shade AT ALL I didn't even see anyone else's set. I was sick backstage that's why I didn't even do the carpet.

I was just cracking a joke cause my mic was off. Everyone had tech difficulties. Sorry if it was taken the wrong way it wasn't my intention!