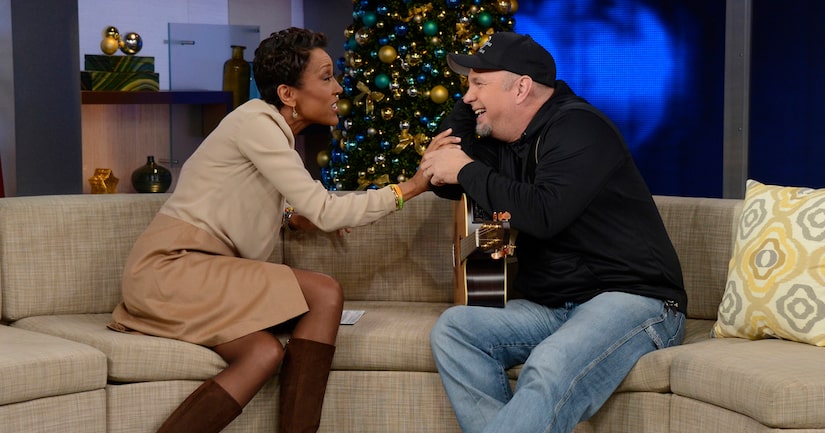 Country superstar Garth Brooks, who just wrapped a long-running show at Wynn Las Vegas, revealed he is going on a world tour in 2014 to promote his new album, “Blame It All on My Roots: Five Decades of Influences.”

He broke the news to “Good Morning America” co-host Robin Roberts, saying, "You know what, since it's you, and since we've had a history forever, let's announce it: We're going on a world tour in 2014. I can't believe I just did that! But you are a doll."

Brooks was a hugely successful solo artist in the '90s, with his concert tours breaking sale records. He announced his retirement in 2000.

Now, he told Roberts, "It sure feels good to get to throw your hat back in the ring. All my babies are fine with it. Ms. Yearwood is fine with it. So now I get to do what I love to do, which is play music.”

“Blame It All on My Roots: Five Decades of Influences” is a six-disc set that includes covers, his greatest hits and a DVD of his Las Vegas show.