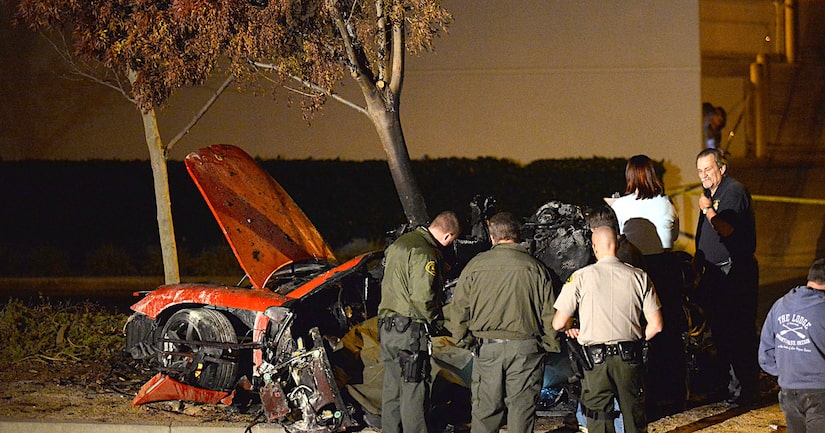 Two men, one a teen, were arrested on Thursday for allegedly stealing a part of the charred Porsche Carrera GT in which Paul Walker and friend Roger Rodas died on Saturday.

The L.A. County Sheriff's Department told TMZ that an 18-year-old man and his cohort snatched the T-top from the roof of the car as the Porsche was being towed from the accident site.

The tow truck was stopped at a red light when the part was taken, but the truck driver saw them drive off and helped detectives identify them.

Both men will be booked for felony grand theft and tampering with evidence.