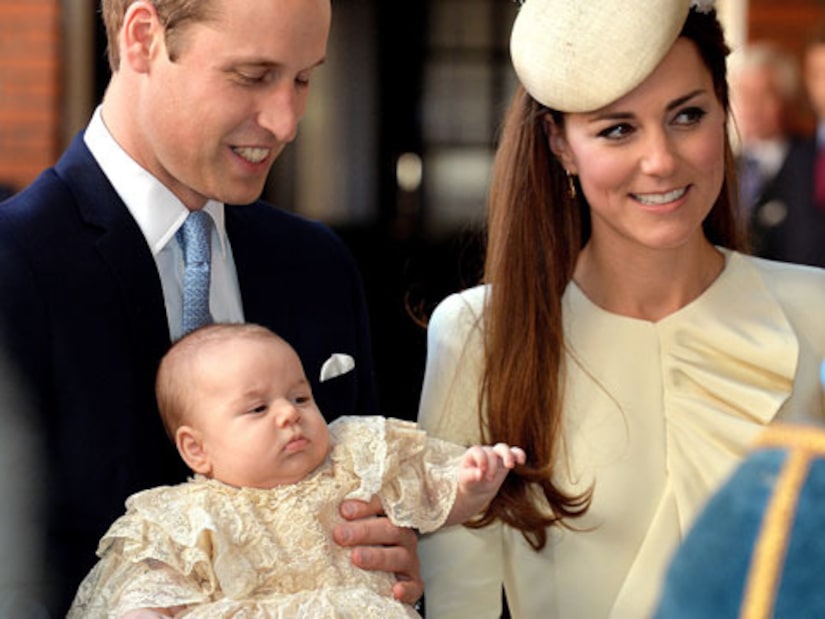 Prince William and Kate Middleton are already planning Prince George's first Christmas, including some “cheap and quirky” gifts for the little guy.

According to Life & Style, the royals are breaking from tradition and inviting the Middletons to spend the holiday at the Queen's Norfolk estate, Sandringham.

An insider explained, “It's hugely important to Kate and William that her family is with them.”

Who else is on the guest list? Prince Charles, Prince Harry, Prince Andrew, Princesses Beatrice and Eugenie, Princess Anne and Prince Edward.

There will be lots of laughs as the group celebrates next to an 18-foot Norfolk pine Christmas tree, because royals love gag gifts… “the cheaper and quirkier, the better!” Sources say baby George will likely receive a silly onesie this year.

Not everyone is on board with the funny presents. Pippa, who reportedly spent $11,000 having her nephew's hands and feet cast in silver, will probably opt for a more traditional gift.

The insider continued, “Kate and William are hugely excited about the festive season, and even though George will be only 5 months old, they know this is a time they'll cherish forever.”