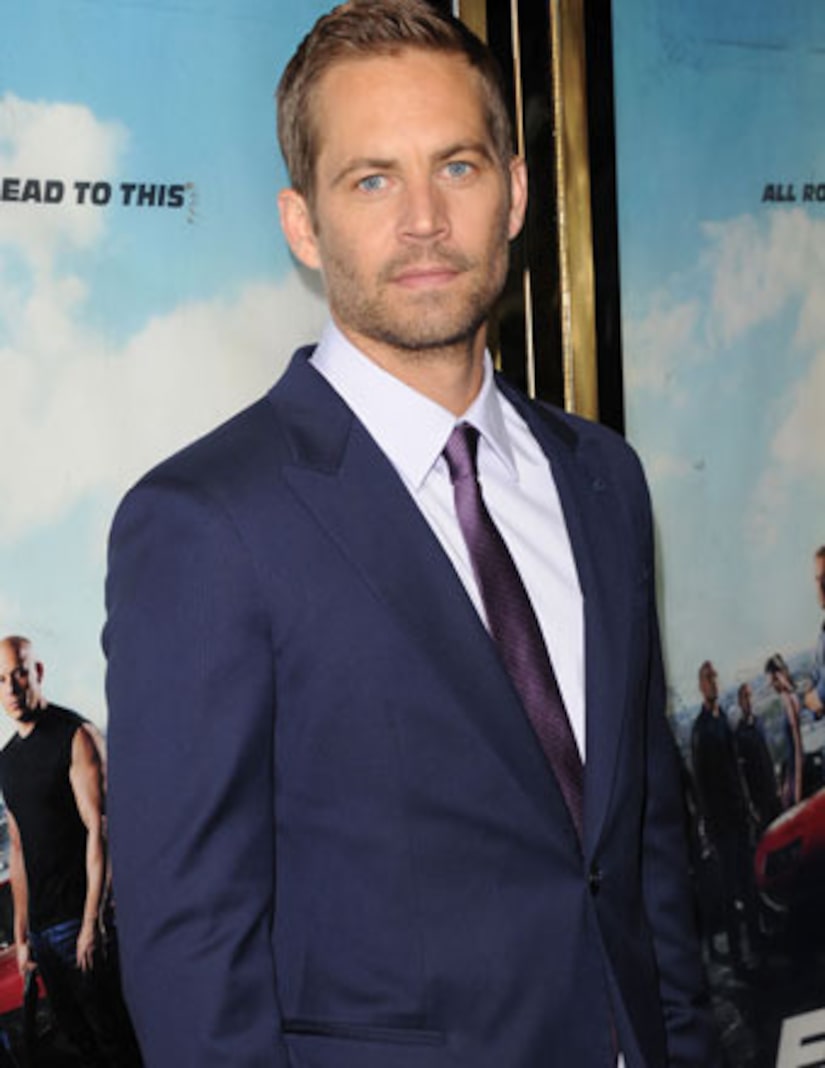 "Fast and Furious" star Paul Walker died on Saturday after a single-car accident near Santa Clarita, CA. The actor was 40 years old.

His team confirmed the news on Facebook. "It is with a truly heavy heart that we must confirm that Paul Walker passed away today in a tragic car accident while attending a charity event for his organization Reach Out Worldwide."

The statement continued, "He was a passenger in a friend's car, in which both lost their lives. We appreciate your patience as we too are stunned and saddened beyond belief by this news. Thank you for keeping his family and friends in your prayers during this very difficult time. We will do our best to keep you apprised on where to send condolences."

The Santa Clarita Valley Sheriff's Station also confirmed that two people died around 3:30 PM when the red 2005 Porsche Carrera GT they were driving crashed into a post or tree and burst into flames (see photos of the aftermath here). Speed was a factor in the accident.

According to TMZ, Paul was seen taking friends for rides in his new Porsche GT earlier in the day.

Walker, who is survived by his 15-year-old daughter Meadow, launched his acting career in the 1980s, but it was the 1999 football drama "Varsity Blues" that put him on the map. He went on to star in the hit franchise "The Fast and the Furious." The seventh installment was in production. The actor's new movie "Hours," about Hurricane Katrina, opens December 13.

His friend and "Fast" co-star Vin Diesel mourned Paul on Instagram, "Brother I will miss you very much. I am absolutely speechless. Heaven has gained a new Angel. Rest in Peace."

Universal, the studio behind the street racing movies, said in a statement, "All of us at Universal are heartbroken. Paul was truly one of the most beloved and respected members of our studio family for 14 years, and this loss is devastating to us, to everyone involved with the 'Fast and Furious' films, and to countless fans. We send our deepest and most sincere condolences to Paul's family."