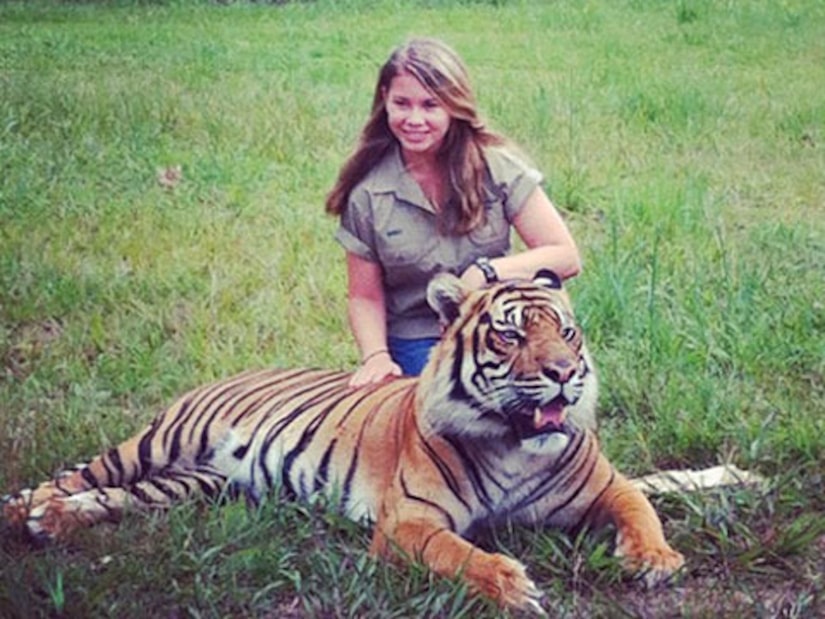 Bindi Irwin is definitely her father's daughter, and it's pretty clear she loves wildlife just as much as her late Crocodile Hunter dad, Steve Irwin.

Now 15, Bindi says she's spent her entire life living in a zoo… and she wouldn't have it any other way. She even had a zoo-themed birthday party!

“After school I go out and hug a giraffe or kiss a lemur,” Irwin told E! News with a laugh. “It's fantastic.”

The Aussie teen also gushed about her father. “He was the greatest dad on the planet. He was our inspiration, who we looked up to the most and, for us, we wanna carry on his legacy. We wanna make sure that his message of wildlife and conservation continues, because he was the world's greatest conservationist and so we never want that message to die.”

She added, "With dad, he was the ultimate wildlife warrior and we admired him more than anything. Dad honestly was incredible. We never got nervous about him with animals, but I do remember he gave me a piece of advice that has stuck with me forever. He said, 'You have to treat animals the way you wish to be treated.' Which is so true. And I think that applies to all animals.

Bindi was just 8 when her father was killed by a stingray in 2006. She has since gone on to star in her own wildlife shows like “Bindi the Jungle Girl” and tried her hand at acting in projects like “Return to Nim's Island.”